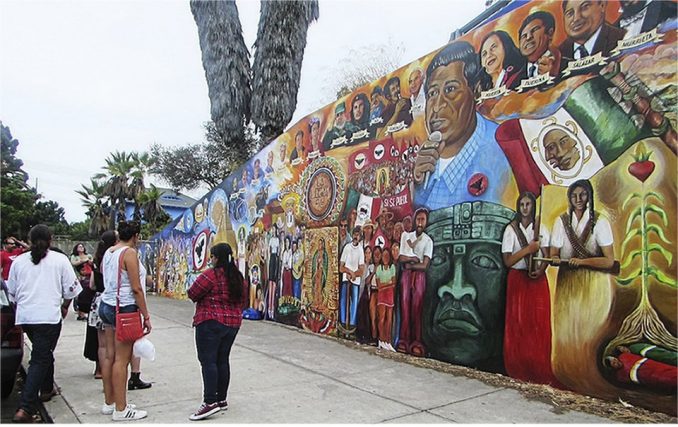 The San Diego chapter of Unión del Barrio, the Association of Raza Educators (ARE) and other local progressive organizations and individuals thwarted a threat by fascists to remove the political murals at San Diego’s historic Chicano Park on Sept. 3. Over 650 community members responded to the call for a solidarity gathering at the site and stood unified against racism. They outnumbered the handful of neo-Nazis, who were escorted out by park defenders.

These white supremacists call Chicano Park “a huge monument honoring communism and La Raza ultranationalism.” They are campaigning to take down the site as payback for the removal of Confederate monuments in San Diego and around the country.

However, Unión Del Barrio and community members are on the alert for neo-Nazi vandalism of the statue of Mexican revolutionary leader Emiliano Zapata and the beautiful murals in Chicano Park — now recognized as a National Historic Landmark.

This writer distributed copies of Workers World newspaper at the solidarity gathering.