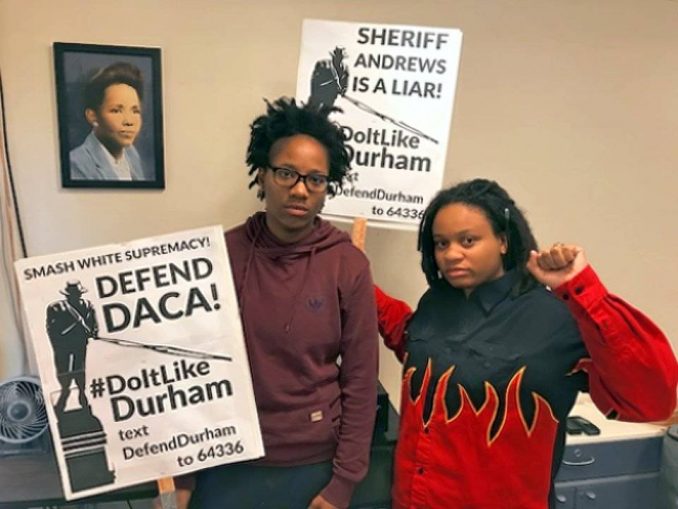 An uplifting Bull City Block Party was held on Sept. 9 to celebrate Durham’s continued resistance and tenacity against white supremacy, including the toppling of a Confederate statue on Aug. 14. Some 200 people showed up for the event, held in the parking lot of the Hayti Community Center in the heart of Durham’s Black community.

Participants in the “block party for activism” were treated to delicious Southern food, music, speeches and bouncy houses for the children. The event was co-sponsored by WWP, the Durham Solidarity Center, the Youth Organizing Institute, Duke Grad Student Union, Fight for $15 and Alerta Migratoria.

The block party was just one event in the Sept. 11-17 National Days of Action called by a broad national coalition in solidarity with the Durham Freedom Fighters. The week continued with the court appearance of arrested Fighters on Sept. 12.

For updated coverage, go to workers.org and to tinyurl.com/yctq5t64.