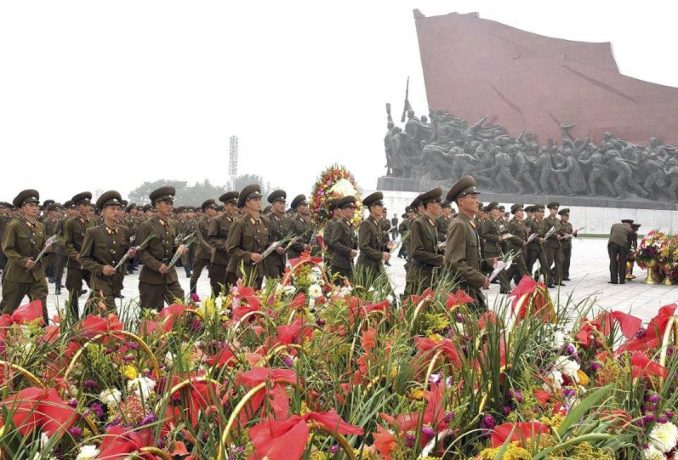 A parade on the 69th anniversary of the founding of the DPRK in Pyongyang, September 9, 2017.

Workers World Party of the U.S. sent the following message of solidarity to the Democratic People’s Republic of Korea to mark its Sept. 9 National Day celebrations.

On this 69th anniversary of the founding of the DPRK, Workers World Party sends its heartfelt congratulations to the Workers’ Party of Korea and to the people of the DPRK for your courage and honesty in standing up to U.S. imperialism.

Despite all the vile threats coming from the Trump administration and the Pentagon, you have successfully moved forward and taken the measures necessary for the DPRK to defend itself.

This is a great victory for the DPRK — and for the struggle everywhere of the working class and all oppressed nations to exercise their sovereignty and liberate themselves from capitalist exploitation and imperialist domination.

Be assured of our continued solidarity, in word and in deed, as we struggle within the “belly of the beast” for the socialist future.