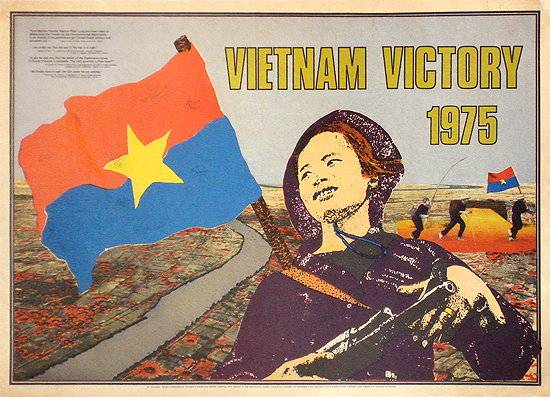 When the Vietnamese people smashed U.S. imperialism’s attempt to conquer their country in 1975, the imperialist propaganda machine immediately began rewriting and distorting the history of the decades-long struggle for Vietnam’s national liberation.

The Public Broadcasting System will begin airing a 10-part, 18-hour documentary on Sept. 17 about the Vietnam War produced by Ken Burns and Lynn Novick.

Burns and Novick say their Vietnam epic will be “a film everyone can embrace” and that in it “there are many truths.”

Without even seeing the opening credits, this tells us that it will be far from a clear indictment of the U.S. criminals who provoked and pursued the wars against Vietnam and the rest of Indochina.

U.S. presidents like John Kennedy, Lyndon Johnson, Richard Nixon and Gerald Ford, generals like William Westmoreland and cabinet members like Robert McNamara and Henry Kissinger — among others — committed war crimes against the Vietnamese and other Indochinese peoples. They also lied continuously to the people in the U.S. to justify sending millions of U.S. youths to kill and die.

The most egregious lie the Pentagon Papers disclosed in 1971 was the phony Tonkin Gulf “attack” in August 1964, used to get congressional approval under Johnson for a mammoth war escalation.

The Veterans For Peace organization, whose membership includes many vets of that period, reacted to the announcement of the series by publishing “Full Disclosure: Truth About America’s War in Vietnam.” This newspaper has 28 pages of articles to reverse what the VFP fears will be miseducation if the viewing public sees a film that war criminals can also embrace.

There are really only two truths that need to be presented in a documentary on the U.S. war against Vietnam:

One is the truth of the Vietnamese, who liberated the northern half of their country first from French imperialism in 1954 after an eight-year war and signed an agreement for an election in 1956 that would have liberated the southern half. Then, after the U.S. and French regimes broke that agreement, the Vietnamese fought from the early 1960s to 1975 to free their country. This is a story of unimaginable heroism from the Vietnamese soldiers and the entire population.

The other truth is that of the worldwide movement that opposed U.S. intervention, including that in the U.S., which was greatly inspired by the courage and determination of the Vietnamese.

This was a movement that penetrated so deep into the U.S. Armed Forces that, as military historian Marine Lt. Col. Robert Debs Heinl wrote in the Armed Forces Journal of June 7, 1971: “By every conceivable indicator, our army that now remains in Vietnam is in a state approaching collapse, … and dispirited where not near mutinous.” In other words, a large section of the troops understood they were misused, fighting for the wrong side, and many decided to resist.

The upcoming documentary will provoke discussion of the war on Vietnam. This discussion should be led by those in the U.S. who opposed the war and those in Vietnam who fought for their country’s freedom.

For a history of Worker’s World Party’s organizing in the military during the U.S. war against Vietnam, see “Turn the Guns Around: Mutinies, Soldier Revolts and Revolutions” (World View Forum, 2017) by WW managing editor John Catalinotto.