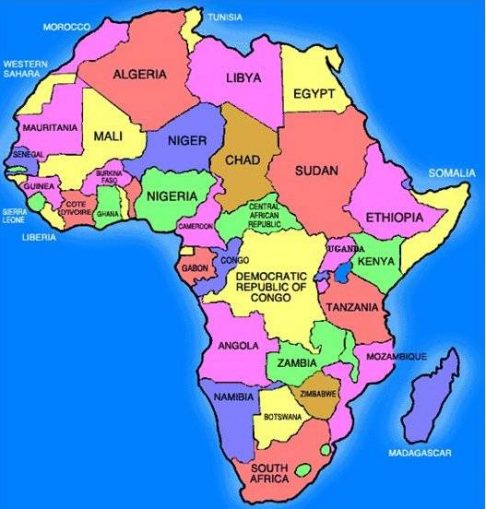 From an article originally published in the Aug. 12 Pan-African News Wire.

Angolan president to step down amid oil glut

The former Portuguese colony of Angola will elect a new head of state after President Jose Eduardo dos Santos leaves office. He inherited the position when the founder of modern-day Angola, Dr. Agostino Neto, died in office in 1979. Neto was a co-founder of the Popular Movement for the Liberation of Angola (MPLA), which won and consolidated independence for the country with the assistance of fraternal African governments, along with hundreds of thousands of volunteers from the Republic of Cuba during the years 1975-89.

Angolan independence was achieved through a protracted armed struggle from 1961 to 1975, when the U.S. and the then-racist apartheid regime in South Africa funded and coordinated two counterrevolutionary organizations in a failed attempt to create a neocolonial outpost in this oil-rich state, one of the leading producers of petroleum on the continent. Since 2014, the U.S.-engineered overproduction of oil has created burgeoning economic crises in Angola, as well as many other states in Africa and around the world.

Angolan Defense Minister Joao Lourenco is designated to run for the presidency on behalf of the MPLA on Aug. 23. The MPLA dominates the legislative body in the country with 175 seats, far outstripping its closest competitor UNITA, which occupies only 32 seats. UNITA, supported by the U.S. and the apartheid regime, waged a decades-long civil war against the MPLA government.

In 2002, UNITA leader Jonas Savimbi was killed by the Angolan military, effectively ending the war and leaving the opposition party with its only option of returning to electoral politics.

The challenges facing Angola are symptomatic of Africa as a whole. Continuing dependency on the viability and accessibility of Western capitalist markets for the distribution of its most lucrative resources automatically comes with a degree of vulnerability. Africa’s only real option for sustainability is the development of an intracontinental trade policy. which will not be realized absent economic and political integration.

Since the fall of the settler-colonial regime of the National Party from power in the first multiparty, nonracial, democratic elections of April 1994, the African National Congress has dominated South African politics. As the most industrialized state on the continent, the Republic of South Africa is undergoing a severe economic recession.

The situation in South Africa must be viewed within the broader political and economic context of the plight of the emerging nation-states across the region and the globe. Rising unemployment, the persistence of poverty and the failure to redistribute national wealth provide opposition forces with a mechanism to destabilize the government.

President Jacob Zuma, the outgoing leader of the ANC, who is winding down his tenure as head of state, has been subjected to numerous attempts aimed at removing him from office. Another no-confidence vote against Zuma did not succeed on Aug. 8, as the overwhelming majority of ANC members of Parliament rejected the obvious regime-change scheme.

In December, the ANC will hold its 54th National Conference to choose a new leader to head both the party and the ticket for the presidency and national assembly seats in 2019. However, not satisfied with their failure to remove the president, the two largest opposition parties — the right-wing Democratic Alliance and the putative, ultra-left Economic Freedom Fighters — are now seeking to introduce a legislative motion to dissolve Parliament and hold snap elections.

What is striking about these efforts is that neither of these two parties advances any real alternative policy to the ANC’s rule.  Although the EFF claims to advocate for the nationalization of land and mineral resources, its principal objective is to bring down the ANC government, making it a natural ally of the pro-colonial DA.

Perhaps the gravest dangers to the National Democratic Revolution are the worsening divisions within the ANC and the strained relations between the leadership of the South African Communist Party and the ruling party. Complicating the situation even further are differences inside the Congress of South African Trade Unions over its posture toward Zuma and his staunch supporters inside the ruling party. Memberships in all three of these entities overlap, which does not facilitate the efficient operations of any of them.

At the recently held SACP 14th National Congress in July, the party decided to remain as a key component of the Tripartite Alliance, comprised of the ANC, COSATU, the South African National Civic Organizations and the Communist Party. Despite pressure from SACP provincial structures to run candidates in their own name in 2019, it is not clear how much success would be achieved in light of the still vast majority support for the ANC throughout the country.

Multiparty politics and the need for African unification

The four states discussed in this essay — Kenya, Rwanda, Angola and South Africa — typify the crises of governance and political economy in African Union member-states. As long as internal divisions plague African governments and political parties, the overall struggle against imperialist domination will be thwarted.

The social aspirations of African workers, farmers and youth cannot be fully achieved absent the merging of states, political parties, trade unions, peasant and mass organizations. Although there has been significant economic growth in Africa since the beginning of the present century, the recent period marked by the decline in commodity prices, the drop in currency values and the reemergence of the debt crisis — which enhanced dependency on world capitalism during the postindependence period — could easily overwhelm the continent, stifling its capacity to realize genuine development and regional sovereignty.

The flight of thousands of Africans from their countries every month seeking refuge as migrants in European Union states, along with the inability to halt internecine conflict in nations, such as South Sudan, the Democratic Republic of Congo, Egypt, Nigeria and Somalia, provide avenues for intervention by the Pentagon, Western intelligence agencies and NATO. The presence of untold numbers of troops from the U.S. Africa Command (AFRICOM) across the continent under conditions of social instability, economic uncertainty and political divisions will only serve to maintain neocolonialism.

African leaders both inside and outside state structures should place continental unity and socialist economic planning at the top of their agendas. The broader deployment of U.S. troops can only further reverse the historical movement toward Pan-Africanism and socialism in the 21st century.