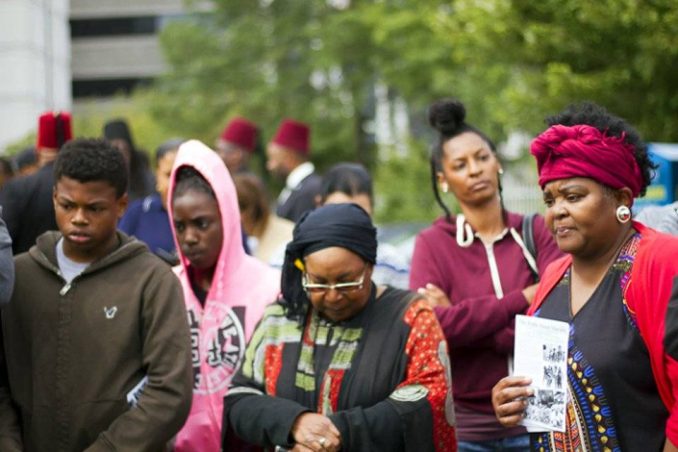 Damon Grimes, a 15-year-old African-American youth riding an all-terrain vehicle (ATV) on Aug. 26 died of injuries from an accident after he was tasered by Michigan State Police officer Mark Bessner from his police vehicle on the East Side of Detroit.

Grimes lost control of his ATV, crashed into a pickup truck and suffered a head trauma, dying later in a local hospital.

This incident, which amounts to a brutal racist murder by the Michigan State Police — really an occupation army — has aroused a series of demonstrations and legal actions.

Grimes’ family has launched a $50 million lawsuit against the officer, who has been sued in the past for his brutality with Tasers. In the meantime, Bessner is receiving paid leave for violating police protocol, as it is supposedly against police rules to discharge a Taser from a vehicle.

The Grimes’ family held a vigil on Aug. 30 at the intersection of Gratiot Avenue and Rossini Drive that turned into a protest of over 200 community members. Those at the vigil gathered to show their support for Grimes’ family, wearing his favorite colors of red, black and white or laying out balloons and candles.

In honor of the youth’s memory and in defiance of the rarely enforced ban on riding ATVs in the streets of Detroit, a group of riders gathered on their ATVs and blocked the streets until police arrived and ordered them to disperse.

On Sept. 2, around 30 protesters gathered in downtown Detroit to condemn this attack and to demand that Bessner be arrested and prosecuted. This protest, organized by the Moratorium Now! Coalition, also called for an end to the use of Tasers in the city of Detroit and an end to high-speed chases.

With the crowd from the annual Detroit Jazz Festival circulating around the demonstration, several speakers condemned this racist action and said that Detroit needs funding for education and housing for the city’s children, not a police army that kills and terrorizes the Black community. These speeches put this attack into the context of the continued dispossession and looting of the city by banks and developers like Chase and Quicken Loans. State senator and mayoral candidate Coleman Young II also spoke, calling for a fight against this injustice.

A group of about 50 also gathered on Sept. 1 to protest Grimes’ death outside of the Detroit Police Headquarters. Some in the group confronted Chief of Police James Craig about the brutality of the Detroit police. The group also called for ending state troopers’ pursuit of drivers who have committed traffic violations.

The ruling class in Detroit is waging a war to dispossess Black residents of Detroit to make way for their racist fantasies of a “new Detroit,” where everyone is welcome except for Black, working-class people and immigrants, who have lived there for decades.

The murder of Damon Grimes is an injustice that the Detroit community cannot abide. His murder comes at a time when the connection between imperialist violence abroad and at home couldn’t be clearer, with President Donald Trump allowing the sale of military equipment to municipal police forces.

People are calling for justice for Damon Grimes and his family and the immediate arrest and conviction of Mark Bessner, and to end the killing of Black people by racist police armies!