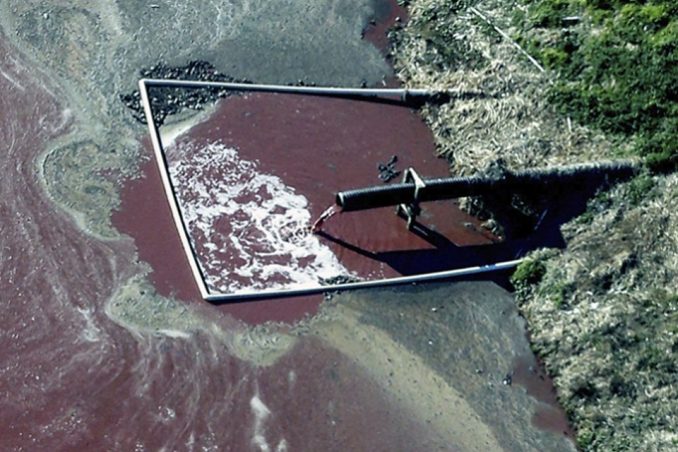 Eastern North Carolina residents are fighting to save their ancestral lands and waterways from corporate contamination. Generations of poor Black and Brown residents have lived and worked the coastal plain of North Carolina, but capitalism’s insatiable hunger for profit threatens to devour, not only working-class communities, but the foundation of life itself.

A unique history of labor and culture

Eastern North Carolina’s coastal plain is a place made up of barrier islands, brackish wetlands, rich arable soil, longleaf pines and sandhills. Its estuaries, including the Neuse and Cape Fear rivers, act as veins that connect communities by way of a common heritage. Prior to the arrival of white settlers, for over 12,000 years Indigenous people, including Algonquian, Iroquoian and Siouan groups, used the soil and all that the waters produced to sustain themselves — making use of plants, nuts, game and fish, as well as farming corn, potatoes, beans and tobacco.

European settlers’ occupation of the land decimated Native populations through disease and forced removal, and today just 62,403 Native people remain in the region.

Under the settler system of slave labor, Africans brought with them their own traditions of sustenance in an ecosystem unfamiliar to Europeans. During the U.S. Civil War, the Union Army could not have navigated the region’s rugged wetlands without the help of expert Black water guides.

Leading up to and during Reconstruction, a complex history of Black maritime work began to unfold. Black fishers, pilots, ferry pilots and sailors commanded the waterways. Free Black residents — the largest population in the existing U.S. — were responsible for Wilmington’s economic rise as a seaport during the 19th century. Descendants of enslaved Africans, the Gullah-Geechee, used their knowledge of the coastal plain to farm their own land and build a cultural community and language that stretched from Cape Fear, N.C., to Jacksonville, Fla.

Three centuries after white settlers arrived, the land looked very different from what Indigenous people had transformed it into. Half of the state’s wetlands were drained for agriculture and other human use. Roads, bridges, canals, sewage systems, dams and deforestation had permanently altered the landscape. Eastern North Carolina’s economy had begun to shrink as the seat of power moved from Wilmington to Raleigh, creating a distinct working-class cultural divide that stands to this day.

Now, the area is mostly rural, but anchored by cities like Fayetteville, Jacksonville, Greenville and Wilmington. A quarter of the residents live in poverty — and the majority are people of color. Agriculture is a top industry in a region boasting cheap land and labor, and migrant Latinx workers are filling the ­demand for farmworkers.

Ninety percent of that workforce is undocumented, still denied the most basic labor rights and minimum wage. In recent years, at least nine farmworkers have died from heatstroke, and countless others are subjected to racism, U.S. Immigration and Customs Enforcement intimidation, long work hours and numerous hazards to their health.

North Carolina’s declining tobacco industry has been replaced by a growing meat industry experiencing rapid consolidation over the past 30 years. In 1985, the top four pork producers made up 32 percent of the market. By 2007, their share had increased to 69 percent. The state is now the second top producer of pork and the third leading producer of poultry in the U.S.

In just 20 years, meat farming went from several family farms to thousands of concentrated animal feeding operations, or CAFOs. Duplin County’s 60,000 residents, living at the center of the fight against industrial agriculture, are sharing their land with 18.5 million confined animals.

Wiith millions of animals come tons of waste — more waste than an ecosystem can take. The region’s shallow waters, frequent precipitation and extreme weather make it especially susceptible to contamination from CAFOs. The only solution that the industry has come up with is to dump bodily fluids filled with pathogens, antibiotics and harmful nutrients into human-made lagoons.

When the lagoons become full, the contents are liquefied and sprayed onto nearby land, including residents’ homes. Waste capable of filling some 15,000 Olympic pools is sprayed each year, causing hypertension, nausea, asthma, anxiety, stress and disruption to residents’ daily lives. They report they cannot even leave their homes or open their windows due to the stench that hangs in the air.

Residents have been in a decades-long battle to save their lands from CAFOs, but the meat industry refuses to pay for existing technology that would convert methane from waste into sustainable energy. Only 10 of the 6,500 farms in the state are voluntarily using the technology.

Numerous solutions to the contamination have been proposed, but all are deemed too expensive for the U.S. meat industry generating $864.2 billion annually. In March, industry-bankrolled politicians passed a bill (HB 467) by override capping the amount of damages residents can seek when the value of their homes and land decrease due to their proximity to a CAFO or forestry operation.

Meat production is responsible for more water pollution than all other industries combined, and its contributions to climate change are numerous. The longterm effects of meat farming on the region’s ecosystem will disproportionately affect poor people in North Carolina. The wetlands where some live are eroding at the rate of 800 acres per year and, along with that, the culture that connects them.

Many residents remember 1999’s Hurricane Floyd and the images of thousands of pig carcasses floating in the flood waters of the coastal plains. Nearly 20 years later, not much has changed. Last September, hog farm flooding caused by Hurricane Matthew brought a stark reminder to state residents that corporate profits continue to take priority over human life.