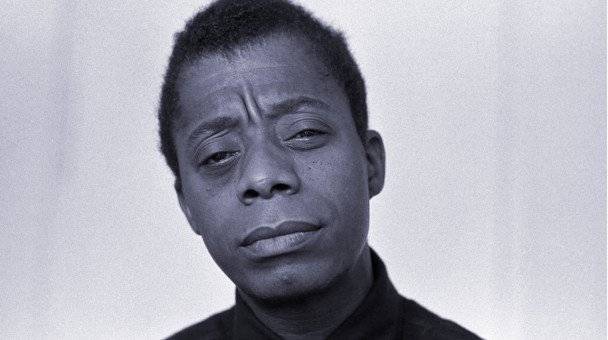 He was born in Harlem Hospital, New York, on Aug. 2, 1924; oddly enough, the same year that my mother was born in the South.

His name, at birth, was James Arthur Jones, to a mother blessed with the gift of fertility; and to a father he would never know.

At the tender age of 3, he would be renamed, the gift of a stepfather, with the cognomen “Baldwin,” the name that would resound around the literary and Black worlds and continue long after his life was lived.

His stepfather fought to teach him the Bible, and for three difficult years he acquiesced and became a child preacher, winning souls in Harlem until he could bear it no longer.

For he knew, at the tender age of 12, that he would be a writer, even as he won awards for his wordcraft in school. He read (and reread) novels such as “Uncle Tom’s Cabin” and “A Tale of Two Cities,” while, he would later write, he rocked a baby in one hand as he cradled a book in the other.

His early school teachers recognized his early facility with words, and encouraged his writing.

He would later write, with keen insight and a savage wit, about all around him: fellow writers, other books, movies, plays; all became grist for his ever-churning mill.

Indeed, he would later eviscerate “Uncle Tom’s Cabin,” as much for its poor writing as for its bloodless, vapid telling of a tale that demanded courage and vitality to reflect the deep and abiding horrors of the American slave system — and its torturous aftermath.

Damning all such works as unequal to the task, Baldwin writes: “They emerge for what they are; a mirror of our confusion, dishonesty, panic, trapped and immobilized in the sunlit prison of the American dream. … Finally, the aim of the protest novel thing very closely resembling the zeal of those alabaster missionaries to Africa to cover the ­nakedness of the natives, to hurry them into the pallid arms of Jesus and thence into slavery.”

Baldwin published this book review in the spring 1949 edition of Zero magazine, and his simmering style brought him work in The Nation, Commentary, The New York Times Book Review and Harper’s. Many of the journals he wrote for are no longer extant.

But that bite, that crackle, that insouciance, would mark his writing, especially in his novels — and most especially when he brooked the river of race.

As a man of his time, he traveled widely and lived to see life lived in different places, under different suns, so to speak. He met Africans abroad (more likely than not in France), and tried to learn from them many of the things which weren’t really available to U.S. Blacks. For they may look alike, or remarkably similar to one another, but how they see and perceive the world is quite different. For one seeks entry into the White State: the other seeks freedom from the White Invader.

In his essay “Encounter on the Seine,” Baldwin notes how Francophone Africans regard the French:

“The French African comes from a region and a way of life which — at least from the American point of view — is exceedingly primitive, and where exploitation takes a more naked form. In Paris, the African Negro’s status, conspicuous and subtly inconvenient, is that of a colonial; and he leads here the intangibly precarious life of someone abruptly and recently uprooted. His bitterness is unlike that of his American kinsman in that it is not so treacherously likely to be turned against himself. He has, not so many miles away, a homeland to which his relationship, no less than his responsibility, is overwhelmingly clear. His country must be given — or it must seize — its freedom. This bitter ambition is shared by his fellow colonials, with whom he has a common language, and whom he has no wish whatever to avoid; without whose sustenance, indeed, he would be almost altogether lost in Paris.”

By contrast, he reasons, U.S. Blacks rush to disaffiliate themselves from other Blacks, making them lonely, isolated and quite lost in such places as Paris. For the U.S. Black (who was called “Negro” during Baldwin’s early days) is so profoundly alienated from the lands, languages and faiths of his fathers — not to mention a keener alienation from the forces in power in the land of his/her birth — that s/he is, in Baldwin’s prescient phrase (written several years before Ralph W. Ellison’s classic work) an “invisible man,” whether in Paris or in Harlem.

Baldwin’s brilliant observations and analyses reveal an utterly alienated soul, in truth nowhere at home, able to dwell anywhere but to find safety, solace and true community nowhere. But Baldwin, ever striving to be the exception rather than the rule, returned incessantly to Paris, where he could live, work and play in a way that the U.S. didn’t make possible.

Baldwin’s gift is this relentless truth telling about Americans, both Black and white, who are locked, for centuries, in a fatal, repellent, loveless and sometimes loving embrace: each a stranger to the other, each knowing that which is unsaid, but thought deeply, of the other.

From his earliest critic days, to his life as a successful novelist, Baldwin tells uncomfortable truths about what America means, and what it does not.

His eye is unerring, for he cites true. His tongue rakes the nation of his birth which, by long centuries’ practice, hates and fears him and his kind, the habituation of American hatreds long-lived.

In this hour, in this day of conflict, his insights bear repeating, for although some things have indeed changed, we must scream the naked truth that some things remain the same.

Time, it seems, is a mirage, which passes, to be sure, but which replays itself like a temporal Mobius strip, replaying horrors long thought past, with new, insidious forms.

In his essay “Stranger in the Village,” Baldwin foresees the now that we are about to inherit, by observing, “This world is white no longer, and it will never be white again.”

Could he foresee the rise of a Trump figure, who seeks, with might and main, to “make America great again” by a mad dash to the 1950s? Perhaps. Perhaps not. Maybe this was a vision beyond his sharp ken.

But I wouldn’t bet on it. He was a man who knew and admired both Martin L. King and Malcolm X. He was hurt by Black Panther Minister of Information Eldridge Cleaver’s dismissal of him for his sexual preference; but Baldwin, being Baldwin, surely reflected on the hurt his reviews cost Richard Wright, in some ways an older friend and a mentor.

In his later years, hepatitis almost laid him low, but it would be cancer of the esophagus that would return him to his ancestors.

His words, his brilliance, his courage remain to nourish new, younger lives, buoyed both by his greatness as by his gayness.