The latest agent of capital caught trying to kill union organizing is Holy Cross Hospital in Silver Springs, Md. The bosses and management at Holy Cross, the eighth largest employer in the state, were ordered after a National Labor Relations Board trial on May 18-19 to “cease and desist” their wide range of illegal, underhanded attacks on nurses seeking union representation.

The judge ruled that Holy Cross violated the law eight times by breaching registered nurses’ protected rights to organize with National Nurses United. In one instance a battalion of hospital managers and security guards was found to have intimidated workers and illegally spied on and photographed union activity. This ruling, says intensive care unit RN Nina Scott, “proves that Holy Cross Hospital management interfered with our right to advocate for patient safety. Now we can move forward to organize without fear and freely talk with nurses.”

The hospital has also been forced to rehire a nurse fired in April for patient advocacy and support for NNU — with full back pay and accrued time off. The nurses have earned widespread community support from state and county legislators who affirmed their right to affiliate with NNU “free from interference, harassment or intimidation.” (National Nurses United, July 27) Go NNU! 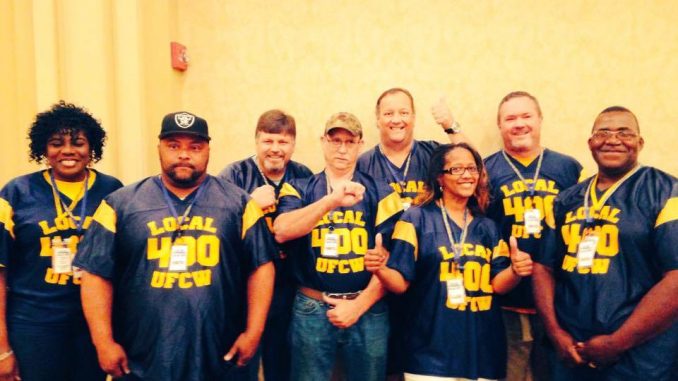 The 240 workers at the only Lipton tea plant in the U.S., in Suffolk, Va., voted overwhelmingly to approve their first union contract on July 24. Negotiated by Food and Commercial Workers Local 400, the contract includes significant improvements in health care coverage and working conditions. Many workers will save more than $4,000 a year on health care costs with greatly improved coverage.

For the past several years workers were required to work up to 12-hour shifts for as many as 13 days in a row with only one day off in between. Now the contract places strict limits on when management can require workers to do mandatory overtime: only two weekends each month; workers also have four days a year when they can opt out.

“For the last 10 years, we saw so many of our benefits taken away,” said Paul Garrison, a 16-year mechanic. “But now that we have a union, we’re getting them back again.” (ufcw400.org, July 25) Organize the South!

The U.S. Mine Safety and Health Administration cited Chestnut Land Holdings, a coal company owned by West Virginia Gov. Jim Justice II, for the death of a worker on Feb. 27. Investigators say the company violated federal coal-mine safety standards when it did not ensure that Jason Kenneth Matthews, 43, of Bluefield, Va., used a fall-protection harness and did not provide a place to tie off such a harness. Matthews fell trying to fix a mechanical part used to remove water from coal waste at the preparation plant. MSHA also cited the company for not promptly reporting the death. Fines for the violations have not yet been assessed.

Though Gov. Justice was listed as controller of the company when the death occurred, the governor’s son and daughter are now in charge of his coal companies. (Payday Report, July 28)

Every summer workers forced to labor in intolerable heat walk off the job. That’s what postal workers did at the Westhampton Station Post Office in Richmond, Va., when the heat index shot past 100 degrees on July 13. ”Some of us felt like we were going to faint,” one worker told CBS Channel 6, WTVR. ”We took a stand and we left because it’s too hot to be able to case up mail and there is no circulation inside the station.”

Though the area of the post office where employees sort the mail has no air conditioning, the area where customers are served is air conditioned. ”It’s like being stuck inside of a microwave, and you can’t get out,” added the worker. The TV station reported the workers’ concerns to the Occupational Safety and Health Administration, the federal agency charged with overseeing workplace safety, which said it would investigate. A spokesperson for the U.S. Postal Service responded that afternoon: “Portable air condition units are scheduled to be installed in the morning.” (wtvr.com, July 14)