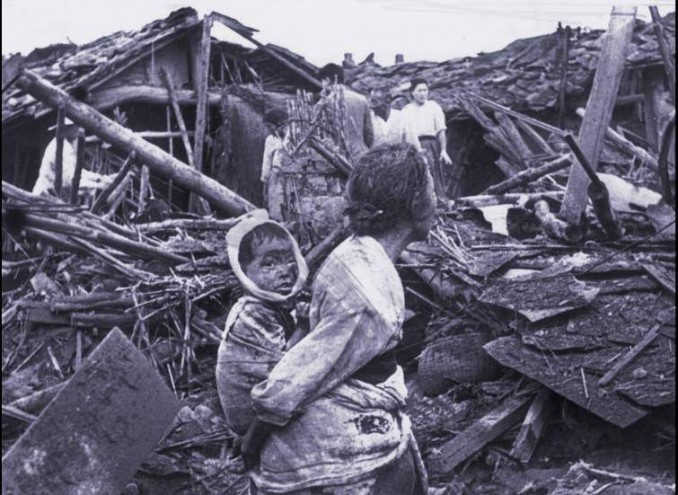 The U.N. Security Council voted unanimously on Aug. 5 to impose stiff economic sanctions against the Democratic People’s Republic of Korea because it refuses to give up its development of a nuclear deterrent.

The Security Council is run by five permanent members with veto powers: the U.S., France, Britain, Russia and China. Ten more countries participate in the Security Council, but only for two years and without a veto.

The five permanent members of the Security Council are also the world’s most heavily armed nuclear powers.

The U.S. started the nuclear arms race, and is the only country to have ever used these fearsome weapons, incinerating more than 200,000 Japanese civilians at the end of World War II. Even though the Cold War is long over, the U.S. military still keeps nearly 7,000 operational warheads.

What terrible hypocrisy that these nuclear powers should accuse the DPRK of being “irrational” and “aggressive” for seeking its own nuclear deterrent! And how shameful that China and Russia, both countries that had to defy the U.S. to develop their own nuclear defense, would join in with the imperialists on this vote!

From 1950 to 1953 the U.S. tried to annihilate the DPRK. It carried out the most concentrated bombing of any country in the world. And while the bombs were conventional, the threat of using nuclear weapons was made many times during the Korean war, most notably by Gen. Douglas MacArthur.

Yet the Korean people fought on with incredible valor. Finally the U.S. was forced to give up its attempt to conquer north Korea and annihilate the country’s leadership. The U.S. signed an armistice agreement in 1953, but has never normalized relations with the DPRK. On the contrary, the Pentagon has maintained a large presence in south Korea and kept nuclear weapons stationed there until mass protests by the people in the south forced their removal.

This is what the corporate media in the U.S. conveniently forget to mention when they accuse the leaders of the DPRK of acting irrationally by bolstering their defenses. Did they ever talk that way about MacArthur, President Harry Truman or any of the other imperialist leaders who have employed horrendous military methods? And it wasn’t for defense, but to impose U.S. imperialist domination over much of the world.

The Trump administration and the Pentagon generals — who keep appearing in more and more White House jobs — may have thought this U.N. Security Council resolution would intimidate the DPRK.

Here are some quotes from a statement issued by the government of the DPRK in reaction to the Security Council vote:

“The UN ‘sanctions resolution’ … constitutes a flagrant infringement upon [the DPRK’s] sovereignty and an open challenge to it.

“The DPRK’s access to the strongest nuclear force is a fair and legitimate measure for self-defense to protect the country’s sovereignty and the nation’s right to existence from the high-handed and arbitrary acts of the U.S. … It is trying to drive the situation of the Korean peninsula to the brink of nuclear war, running amok to conduct missile drill against the DPRK and deploying massive strategic equipment to the peninsula.

“It was against this backdrop that the U.S. manipulated UNSC to rig up the ‘sanctions resolution’ more heinous than ever, placing a total ban even on normal trade activities and economic exchange, thereby disclosing before the whole world its evil intentions to obliterate the ideology and system of the DPRK and exterminate its people. …

“The DPRK has already gained everything it needed … through an arduous struggle under the harshest sanctions regime … adopted at the instigation of the U.S. during the last several decades. It is only a forlorn hope to consider any chance that the DPRK would be shaken an inch or change its stance by the sanctions of this new kind imposed upon by the hostile forces. …

“Terming [the DPRK’s defensive measures] a ‘threat to international peace and security’ is a gangster-like logic indicating that the rest of the world should either become U.S. colonies or fall victim to its aggression. …

“As long as the U.S. hostile policy and nuclear threat continue, the DPRK … will never replace its self-defense nuclear deterrence on the negotiation table or flinch an inch from the road chosen by itself, the road of bolstering up the state nuclear force. …

“The U.S. once waged a tragic war that plunged this land into a sea of blood and fire, and has been leaving no stone unturned to obliterate the DPRK’s ideology and system century after century. …

“If the U.S. fails to act with discretion, persisting in its reckless attempts to stifle the DPRK, we will not waver or hesitate to use any form of ultimate means.

“The DPRK will hold fast to the line of simultaneously developing the two fronts, the lasting banner of defending peace, and continue to march straight forward to the end of the road chosen by itself without the slightest deviation.”