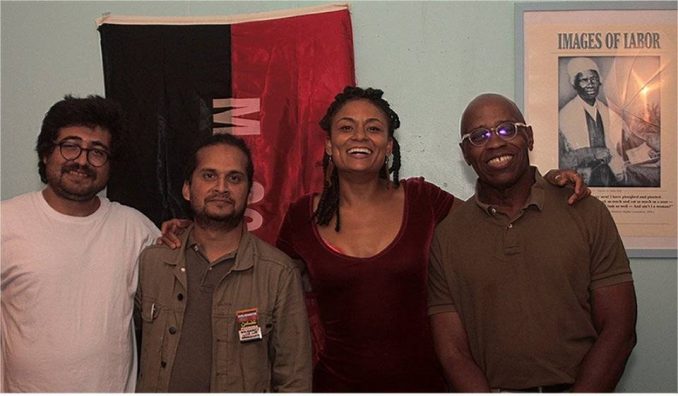 The Los Angeles Branch of Workers World Party held a successful fundraiser on July 2 in support of their four Che Brigadistas who will travel to Cuba in October. The organizers served mojitos and a buffet of home cooked specialties, as a sound track of Cuban music played. There was wonderful live poetry and a conga performance.

Hundreds of people from around the world will assemble in Cuba on Oct. 1-15 for the Footsteps of Che Brigade.  This will be an opportunity for new, young activists to learn about Cuba’s revolutionary process and share experiences with the Cuban people. They will also participate in the Day of the Heroic Guerrilla on Oct. 8 — the national event honoring Che Guevara on the 50th anniversary of his killing by the CIA in Bolivia.

Go to gofundme.com/che-brigade to support the Brigadistas.