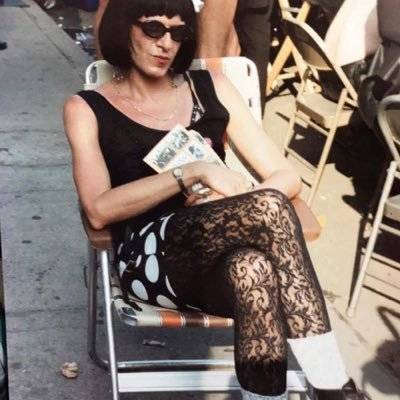 I haven’t been back to the Veterans Administration hospital since the tweet. But, in general, over the past year, in the lobbies of most VA hospitals, where they have TVs on and people are sometimes listening to the news, I can say without any hesitation that the most dramatic, derisive dialog heard anywhere is hurled against Trump.

How much this man is despised and hated! A vocabulary I won’t even repeat is used. It’s off the charts — the contempt and disgust at his presidency, especially but not exclusively from Black and Brown veterans.

The tweet is another attack by the president on the LGBT+ community. We should handle it in a principled manner. We shouldn’t talk about how transgender people can serve the country. Those who are in the military are serving the interests of Wall Street. The first thing I would advise a trans person who was thinking about going into the military is “Don’t go in.”

However, I support trans people’s right to be in the military, but only as a civil rights issue — no group of people should be denied “equal access” because of discrimination. Only in that regard would I support any transgender person who is in the military. As someone who is anti-capitalist and anti-imperialist, that’s as far as I could go.

Suppose a trans person is part of a U.S. military force that invades Syria or any other country. The people of Syria have the right to fight to expel them by any means necessary. We can’t support transgender people in an army that plunders, rapes, destroys and kills hundreds of thousands of people, just because they are trans. I say to them: “Don’t put yourself in that position.”

What was learned in Vietnam

When I was a GI resister and we were organizing the American Servicemen’s Union [around] 1970, what we would come in contact with were people who became leaders in the anti-war struggle inside the military. But maybe when they joined the military in 1967 or 1968, they had accepted the official ruling-class explanation of the war, hook, line and sinker.

What I myself saw in Vietnam was the U.S. military slaughtering Vietnamese people on the land they were raised on and lived on. The invading imperialist army did it for many reasons, including to control oil drilling in the South China Sea. And for domination of the world, which is what the U.S. ruling class really wants.

The U.S. Armed Forces is an imperialist army basically fighting to ensure the profit margins of U.S. corporations and Wall Street.

Sometimes what happens when someone joins the military is that a radicalization process takes place. A perfect transgender example of that is Chelsea Manning, who was patriotic when she joined up but learned of, was disgusted by and then exposed the war crimes of the U.S. military in Iraq when she understood better what was happening.

Chelsea Manning had a different description for what the Pentagon called “collateral damage.” She called it “collateral murder.” The military brass couldn’t tolerate that kind of description.

What about discharges? Medical care?

If transgender people are pushed out of the military, what kind of discharges are they going to get? Dishonorable or bad conduct? These discharges follow people later on in life after they leave the military.

The president tweeting that he wants to cut off medical care [in particular to] transgender troops as a way of saving money is absolutely ridiculous. “Nominal” would be the minimum description for how insignificant [that amount of money] is.

I spend a lot of time in the VA medical system. I was hurt in Vietnam. I have Agent Orange poisoning. I’ve been diagnosed with severe neuropathy from a head trauma — they call that traumatic brain disease. I have limitations in movement of my body, and for over 20 years I’ve been a PTSD [post-traumatic stress disorder] patient at the VA hospital.

So an important question that comes up now is what will happen to programs [and care] for trans people in the VA?

The president’s tweet is exposing some of the contradictions among the veterans. The white racist veterans who support him have had their hypocrisy exposed. For years they ranted against people who resisted or avoided the draft 50 years ago or those who went into exile in Canada. Now they let a rich, white, racist president get away [with] having five draft deferments during the Vietnam War — he didn’t serve a day in the military. As so-called “commander in chief” — some of us in the VA call him “rapist in chief” — he assesses prisoners of war as “losers.” Even some conservative white veterans hate him for that.

People should follow this issue of trans people in the military raised by Trump. Regarding the rest, we should work to “turn the guns around.” I recommend that people read your book to learn about that struggle.

Catalinotto is author of “Turn the Guns Around: Mutinies, Soldier Revolts and Revolutions,” which includes some of Renée Imperato’s story. The book was published in 2017 by World View Forum.