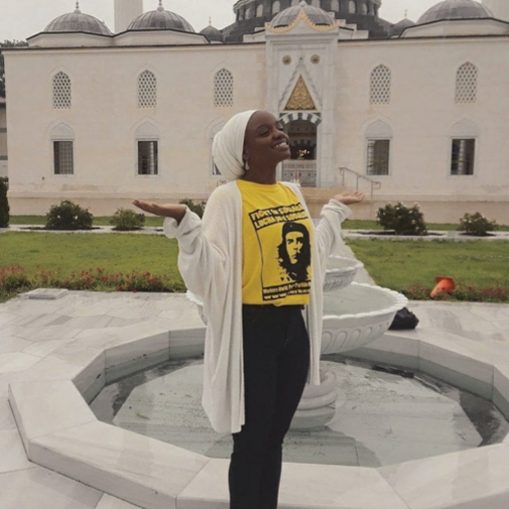 Alberto Korda’s image of the heroic guerrilla fighter Che Guevara is known and reproduced in every corner of the globe on T-shirts, flags and posters. Now, 50 years after Che’s death at the hands of the U.S. CIA in Bolivia in October 1967, his image is still a symbol of internationalist struggle for socialist revolution.

Hundreds of people from around the world — including at least 50 from the United States — will gather in Cuba this Oct. 1-15 for the Footsteps of Che Brigade to learn more about Che and the Cuban Revolution.

Although he was a medical professional born in Argentina, Che’s name will forever be entwined with the success of the Cuban Revolution, side-by-side with its historic leader Fidel Castro and many other women and men. The contributions of the revolutionaries who lost their lives in the battle to overturn the U.S.-backed Batista dictatorship are not forgotten.

In Pinar del Rio province on July 26, the anniversary of the 1953 attack on Batista’s Moncada Barracks, a series of presenters solemnly read the names of each of the fallen as the crowd responded, “Presente!”

Che’s writings and speeches applied Marxist economic theory to the arduous, real-life task of building a socialist society in Cuba from an economy and human beings ground down by underdevelopment, slavery, colonialism and capitalist exploitation. And this new society took root just 90 miles from the U.S. imperialist behemoth, bent on global economic and political domination.

For two weeks in October, the brigadistas will live collectively at the Antonio Mella International Camp near Havana. They’ll also travel to historic sites linked to Che Guevara in the provinces of Havana, Pinar del Rio, Santa Clara and Sancti Spiritus. Sites will include the first village liberated by Che’s troops in central Cuba; bases under Che’s command before 1959, including base camp La Hormiga and the local community in the Escambray mountains; Las Villas university; a museum at the site where Che and his troops carried out a successful assault on an armored train full of soldiers and ammunition; the Che Guevara Studies Center; and many ­others.

In Santa Clara on Oct. 8, the Day of the Heroic Guerrilla, brigadistas will participate in the central national event honoring Che’s death.

Meeting with the Cuban people

Combatants who fought alongside Che in various campaigns of the revolutionary war and internationalist volunteers who fought with him in Congo will meet with the brigade. Another highlight will be exchanges with members of the Cuban Workers Central Union, the Federation of Cuban Women, university and high school student organizations, the Union of Young Communists and community activists from the Committees to Defend the Revolution.

October 10 is a national holiday commemorating the declaration of Cuba’s independence from Spain by Carlos Manuel de Cespedes. On that date in 1868, Cespedes freed enslaved Africans, who then joined him in the ensuing Ten Years’ War of liberation from Spain. Brigadistas will find out why Cespedes is considered the father of Cuba and will learn some of the history of Cuba, Latin America and the Caribbean — a history of rebellion that culminated in the 1959 Cuban­ ­Revolution.

Some in the United States may know that all Cubans receive medical services and education through college level free of charge. But few know that the Cuban people also enjoy a right to sports and culture. The brigadistas’ stay at the camp will include a talent night and an international night, as well as cultural exchanges with brigadistas from other countries.

The brigade is hosted by the Cuban Institute of Friendship with the Peoples. U.S. organizers include the Chicago Cuba Coalition and this writer. Workers World Party is actively participating in this brigade with 20 members, mostly young people of color who are experts in the hardships of living under capitalist rule.

Your financial support will help introduce new generations to the reality of the Cuban Revolution, which every day proves that another, much better world really is possible. For more information and ways to help fund the WWP delegation, contact [email protected]