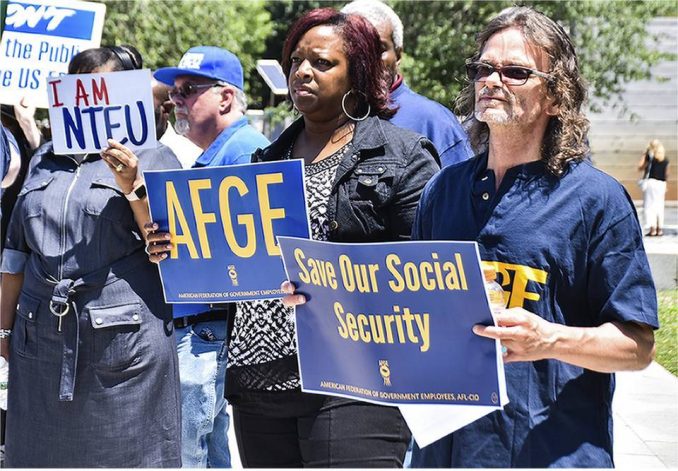 Workers from the Environmental Protection Agency, the Social Security Administration, the National Parks Service, the Veterans Administration and other federal government departments rallied June 22 in Philadelphia against massive cuts in services being pushed by the Trump administration. The American Federation of Government Employees, the National Treasury Employees Union, the AFL-CIO and other unions rallied in front of Constitution Hall to denounce funding cuts to the EPA by 31 percent, the Labor Department by 19 percent, the Army Corps of Engineers by 16 percent, the Department of Education by 13 percent and Interior by 11 percent. (tinyurl.com/yarfh7ro)

Tens of thousands of jobs will be eliminated if environmental, health care, recreational, educational and other services in every state are reduced. Privatization of Veterans Administration services will impair health care and other veterans’ services as Congress writes rules that benefit for-profit hospitals.