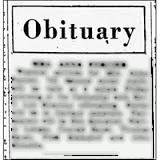 I like reading newspaper obituaries. They occasionally offer some class truth, even if the editors don’t realize it.

Here are two examples from the May 29 New York Times.

Hollywood mogul Jerry Perenchio has gone to that great, big drive-in in the sky. Among his business triumphs was the March 8, 1971, “Fight of the Century” between Muhammad Ali and Joe Frazier at Madison Square Garden.

According to the Times, Perenchio “raised the $5 million purse from Jack Kent Cooke, then the owner of the Los Angeles Lakers.

“It was a rousing business success for Mr. Perenchio and Mr. Cooke, who split an estimated $10 million in profits from the fight’s closed-circuit telecast — a precursor to the mega-size, pay-per-view, boxing cards that would come later.”

Muhammad Ali and Joe Frazier got $2.5 million each for pummeling each other. That’s a total of $5 million. But Cooke and Perenchio, who never got their faces scratched, got $10 million — or twice as much.

Karl Marx would have called that a 200 percent rate of surplus value. The value produced by workers, including boxers, that’s not paid in wages by capitalists, is surplus value.

Profit, interest and the obscene pay of CEOs are all derived from surplus value stolen from the multinational working class and poor. The actual rate of surplus value may have been less in this case because there were other expenses and other exploited workers, like the arena’s ushers and cleaners.

It was still a fantastic pile of unearned loot for Perenchio and Cooke.

Racketeers ripping off boxers is old news. That was the theme of Humphrey Bogart’s last movie, “The Harder They Fall.”

That doesn’t happen in socialist Cuba, which has some of the world’s best boxers, but forbids capitalist prizefights. The late Teófilo Stevenson, who won three Olympic gold medals in boxing, was an electrical engineer in Cuba, who turned down $5 million to fight Muhammad Ali in the U.S.

Stevenson stated in 1978, “I would rather have the love of eight million Cubans than all the money in the world.” (remezcla.com)

The world’s greatest athlete — Muhammad Ali — suffered for years from Parkinson’s disease, probably from being hit in the head thousands of times. Smokin’ Joe Frazier ended up penniless in his hometown of Philadelphia, asking people to buy him breakfast.

Meanwhile, the Times reported, “Mr. Perenchio lived in the Bel Air mansion that was known, from its exterior, as the home of the Clampett family on the long-running sitcom ‘The Beverly Hillbillies.’ There he built an art collection, much of which he agreed three years ago to donate to the Los Angeles County Museum of Art at his death. The works, including some by Picasso, Cézanne, Monet, Magritte and Degas, were valued at $500 million.”

These paintings represent the wealth stolen from thousands of Joe Fraziers.

Taking workers to the cleaners

In the same issue of the Times, there was an obituary for Ronald D. Croatti, whose family owns UniFirst, a chain of laundries. According to the Times, “He turned it into the second-largest supplier and cleaner of uniforms and garments in the United States, with about $1.5 billion in annual revenues.”

An army of laundry workers produced every nickel of Croatti’s fortune.

A few months ago this writer walked around the far northern Bronx, at the end of New York City’s No. 2 train. Stapled on utility poles in this Black neighborhood were job notices for a laundry a few blocks away in Mount Vernon.

The plant is owned by Unitex, which is a small rival of UniFirst. But Unitex still operates nine laundries in the Northeast.

A four-day workweek of 10-hour days at $9 per hour was the deal. Forget about the eight-hour day. The labor movement needs to demand that overtime pay starts after eight hours a day, not after forty hours in a week.

According to the Bureau of Labor Statistics inflation calculator, a wage of $11.44 per hour is needed to match the miserable 1968 federal minimum wage of $1.60. So every week, wage theft of $97.60 is stolen from these workers.

I doubt that workers at any of Croatti’s 240 UniFirst laundries earn more than that. Croatti made sure he wasn’t taken to the cleaners. Last year his estimated “pay package” was $17.69 million.

That’s almost a thousand times what these laundry workers in Mount Vernon are making.

Yet there were probably several seekers for each one of these jobs. At least some people could walk to work. With NYC subway and bus fares climbing to $2.75 — they were a nickel before 1948 — that’s something.

UNITE HERE tried to launch an organizing drive at Cintas, the industry’s leader, but the industry is a tough nut to crack. The Laundry Workers Center, which is now leading a heroic struggle at New York’s B&H photo store, has also tried to organize this industry.

Despite all difficulties, the upcoming, inevitable, working-class upsurge will sweep through these laundries — if it doesn’t originate in them.