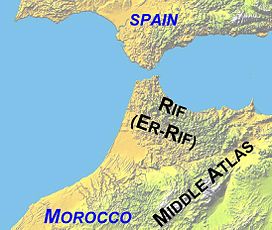 Ever since Mouhcine Fikri, a 31-year-old fish seller, was killed by police — ­brutally crushed to death in a garbage truck last October — people in the Rif area of northeast Morocco have been protesting. Fikri was killed in Al-Hoceima, a coastal city where many jobs rely on the fishing industry.

The protests flow from deep feelings of injustice. Even though the Moroccan state has recognized that the Rif area needs hospitals, universities and jobs, especially after a devastating earthquake in 2004, it has not followed through on its promises for restoration.

The majority living in the Rif are Imazighen people, often pejoratively called Berbers. The area was historically the center of struggle against France and Spain, the former colonial occupiers of Morocco, as well as against Hassan II and Mohammed VI, Morocco’s feudal rulers who took over after direct colonialism ended. The Imazighen, the name the people use for their nationality, make up about 40 percent of the Moroccan people.

But it is not just concrete, practical demands that moved thousands of people to join Hirak, the group that has been leading the protests in Hoceima province and the Rif. It is also “la hogra” — the arbitrary, brutal disdain of the state authorities for the people of Morocco, which can be seen in the death inflicted on Mouhcine Fikri. Hirak became very active in May, with large nightly demonstrations that flew the flag of the Rif Republic and drew men, women and whole families out into the streets.

The Rif Republic was an attempt by Abdelkrim Al-Khattabi and the forces he led to establish an independent, internationally recognized state in the Rif from 1921 to 1927. The uprising directly confronted the Spanish colonialists, who at that time controlled northern Morocco. This was one of the first anti-colonial struggles in Africa in the 20th century.

Two weeks of protests began after Iftar, the breaking of the Ramadan fast, and kept growing larger and more militant. Then, on May 29, the Moroccan state arrested Nasser Zefzafi, the leader of Hirak, and about 70 of his associates, taking Zefzafi and some others to Casablanca, Morocco’s largest city.

The attack on its leadership didn’t stop the movement. It grew and its tone became sharper as thousands of people gathered every night in the city of Al-Hoceima and surrounding communities. (Le Monde, June 6)

Nawal Ben Alissa, a 36-year-old mother of four and spouse of a taxi driver, took over the spokesperson role for Hirak. She had been drawn to the organization by her work with cancer victims who couldn’t pay for basic screenings, which costs about $10.

Wearing a T-shirt with an image of Abdelkrim Al-Khattabi, she spoke at a rally in Al-Hoceima. Le Monde on June 8 described her speech: “With her hair undone, holding the microphone, she vehemently addressed the crowd of several thousand people gathered for the fifth consecutive night in the Sidi Abed neighborhood in Al Hoceima. ‘I call on all Moroccans: The Rif bleeds! The State oppresses us. All the rights of the Rifians are violated.’ After applause, she continued: ‘But we will not stop the fight against this injustice. They can arrest as many activists, young people and women as they want. We will not give up.’”

June 11 saw a solidarity march of 12,000 to 15,000 people in Rabat, Morocco’s capital, in support of the Rif struggle and demanding freedom for its arrested leaders. The parents of Nasser Zefzafi led the march. (telquel.ma)