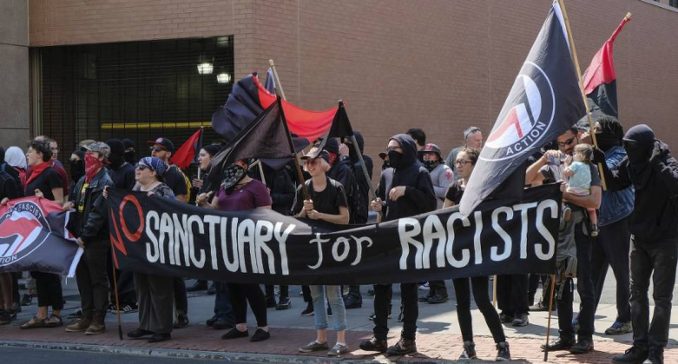 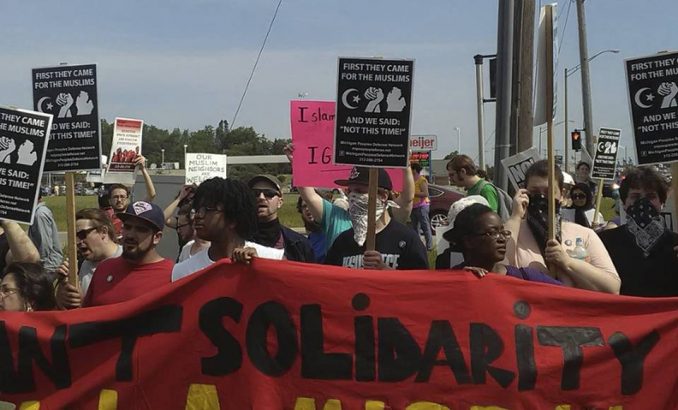 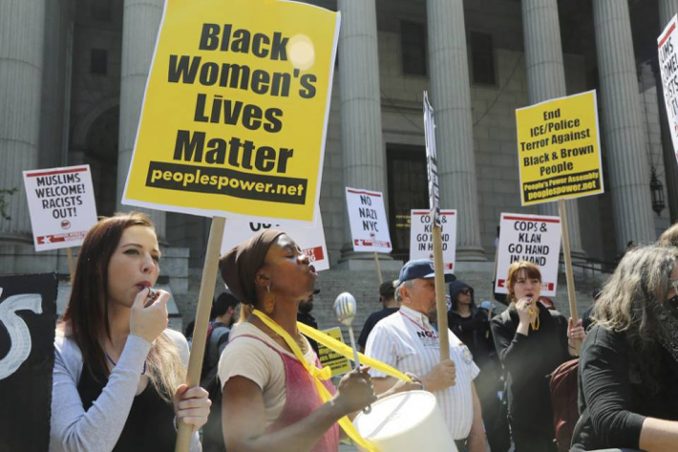 Anti-Muslim demonstrations were held on June 10 in more than 20 U.S. cities, sponsored by “ACT for America,” an organization characterized by the Southern Poverty Law Center as a hate group that advances anti-Muslim legislation while “flooding the American public with wild hate speech demonizing Muslims.” (tinyurl.com/j6nhd45)

But at counterprotests from upstate New York and New York City, to Lansing, Mich., to Oregon and Washington state opponents far outnumbered the bigots and affirmed support for both their Muslim neighbors and the basic right to religious freedom.

ACT for America cloaked its bigotry in a call for “human rights,” defending attacks on Muslims with the distorted claim that Islam, which they called “Sharia,” is anti-woman and anti-gay. Sharia is not “Islamic law,” but a Koran-based tradition directing Muslims in how to live an Islamic life.

National Public Radio ran interviews with right-wing participants who alleged they were anti-Islam because they were for “women’s rights.” This phony far-right argument was an eerie echo of U.S. imperialist propaganda justifying the 2001 invasion of Afghanistan on the grounds of “defending women” against the Taliban, when the CIA had been funding the rise of reactionary religious organizations since 1979.

Reports of the neofascist rallies and anti-racist counterprotests were published June 10 on the Southern Poverty Law Center website. (tinyurl.com/ybsenfoc) Below are highlights of some of the many protests against Islamophobia that day.

In Syracuse, N.Y., almost 150 opponents far outnumbered the 30-person ACT for America crowd and drowned the bigots out with shouts of “No Trump, no KKK, no fascist USA!” and “Muslims are welcome here.” The crowd, including members of the New York Antifa Alliance, an anti-fascist group, also thundered, “Shame, shame, shame!”

As the racists in ACT for America were trying to pull people into hate marches against Muslims in many cities, the Buffalo AntiRacism Coalition in New York state called activists together at a busy shopping area to say “NO! to racism, Islamophobia, xenophobia, hate and fear — the many weapons used to divide us, while the 1% exploits us all!” Several new activists joined the demonstration. Participating groups included Workers World Party and the International Action Center.

In New York City, Islamophobic forces, rallying at Foley Square in Manhattan on June 10, were met by a massive counterprotest, easily three times the size of their rally. The anti-fascist action was attended by a wide range of left forces, including the People’s Power Assembly, Workers World Party, the Metropolitan Anarchist Coordinating Council, NYC Shut It Down, Hoods 4 Justice, Refuse Fascism, the Internationalist Group, the International Socialist Organization, the Spartacist League, the Revolutionary Abolitionist Movement and others.

In their role as agents of the state, the police dutifully protected the fascists and attacked the assembled left forces, arresting two people under an archaic New York state law prohibiting people with covered faces from congregating in public. Courageous and coordinated resistance against the police prevented the arrest of additional protesters.

In broiling weather, WWP and other left forces provided water to those at the counterprotest. Meanwhile, a leader of the right-wing Oath Keepers militia, Frank Morganthaler, suffered a heart attack in the 90-degree heat.

At the rally’s conclusion, the progressive forces marched to City Hall Park. Fascists attempted to attack the dispersing protesters, but were quickly run out of the park. Police used the skirmishes as a pretext to arrest two more leftist protesters.

As anti-racist protesters banged pots and blew air horns, organizer Tony Murphy of the People’s Power Assembly emphasized: “The theme of today is drowning out racism. The more racists get a platform, the more people get attacked.” New York City sent a strong message that right-wing, Islamophobic hate groups don’t belong there: “Muslims welcome, racists out!”

While the ultra-rightists called a racist demonstration on June 10 in Lansing, Mich., the state capital, they were only able to muster about 30 demonstrators. These reactionaries ranged from outright Nazis and armed Michigan Militia types, to fairly common, confused and racist middle-aged white folks. The last appeared more driven by ignorance and fear of the unknown than the racist hatred driving the first two. However, one individual’s sign used a slogan popular on online fascist forums, which was viciously anti-Jewish as well as anti-Muslim and racist.

The Michigan People’s Defense Network, along with other anti-fascist groups and individuals, organized a counterdemonstration of about 140 people. They entirely overwhelmed the few attending the racist rally.

As the anti-fascists militantly approached the reactionaries, chanting loudly, there was little-to-no police presence, which is an oddity for situations like that. Riding bicycles, a few police officers finally arrived after the two crowds were at arm’s length from each other.  The cops erected a minor barrier of police tape between them.

Before that, however, perhaps due to the greater numbers of one side over the other, coupled with the disunity of the far-right rally, anti-fascists were able to cross the line with little threat of violence directed at them. The united power of the people in the face of racism and hatred, ignorance and white supremacy ruled the day.

On the West Coast, the June 10 anti-Muslim demonstration in Portland, Ore., was moved to Seattle by the ultra-right organizers. This came after Portland Mayor Ted Wheeler asked the federal government to revoke permits for two “alt-right,” pro-Trump rallies following the May 27 fatal stabbing of two men by a neo-Nazi white supremacist. The slain men had defended two teenage women, one wearing a hijab, from threats by the fascist who threatened the young women and spewed racist slurs at them.

Federal officials denied Wheeler’s request to stop the neo-Nazi rallies because they asserted the right-wingers’ permits were “lawfully obtained.”

Nevertheless, the June 4 white supremacist rally was held in Portland, but was resisted 15 to 1 by a stalwart mobilization of progressive community and anti-fascist groups. (See June 8 Workers World.)

Meanwhile, on June 10 in Portland, the victory against bigotry was celebrated in a March Against White Supremacy. On Facebook, organizers wrote: “This is a huge victory for us. These neo-Nazis and nationalists are starting to realize that Portland won’t accept their racist terrorism and bigotry and especially not while the whole country is in mourning. We will show up to stand in solidarity with the women who were victimized and to honor the men that stood up against terrorism and bigotry.”

As for the neo-Nazis moving their hate to Seattle in search of a welcome, they were outnumbered by hundreds of counterprotesters who marched there on June 10. They confronted the few dozen bigots who claimed Islam is “incompatible with Western freedoms.”

Holding a sign proclaiming, “Seattle stands with our Muslim neighbors,” demonstrators chanted, “No hate, no fear, Muslims are welcome here!” on their way to City Hall. Police used tear gas on protesters and made several arrests. (Guardian, June 10)