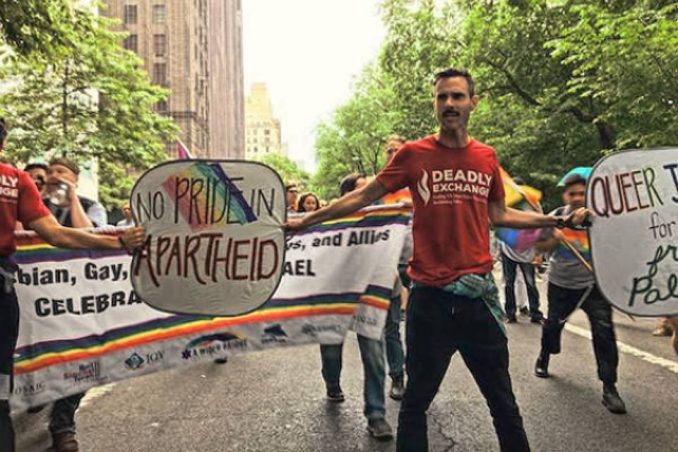 Under the slogan “Celebrate Ending Israeli Apartheid,” over 100 activists disrupted the annual “Celebrate Israel” parade in New York City on June 4. Seven Jewish protesters were arrested. Five of those, identified as queer Jews, interrupted the parade’s LGBTQ bloc with signs saying “No pride in apartheid” and “Queer Jews for a free Palestine.”

Counterdemonstrators, called together by Jewish Voice for Peace and If Not Now, unfurled banners, staged sit-ins and blocked the parade. Thousands, including NYC Mayor Bill de Blasio and New York state Gov. Andrew Cuomo, marched down Fifth Avenue in the annual parade, which has received Israeli government funding of nearly $800,000 over the last seven years.

Organizers said in a press release that they were resisting 69 years of Zionist terrorism, oppression and aggression, and expressing support for Palestine. They condemned Israel’s “apartheid wall and the more than 600 checkpoints, obstacles and other barriers” to freedom of Palestinian movement. A JVP statement also condemned the “exchange programs” between the New York Police Department and Israeli security forces that harm both communities of color and Palestinians.