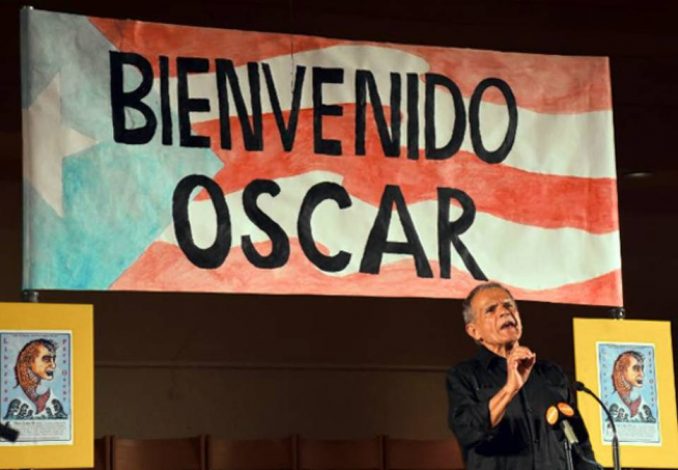 After 36 years in U.S. federal prisons for his role in the Puerto Rican independence struggle, hero Oscar López Rivera was welcomed by his enthusiastic and loving supporters in the California Bay Area on May 31. He spoke first to an informal reception and then to a packed house of about 500 people at the First Presbyterian Church of Berkeley.

López Rivera denounced the Board of Fiscal Control, imposed by the U.S. Congress, and the privatization measures it seeks to apply in Puerto Rico to pay off the island’s illegitimate debt of more than $70 billion. He told supporters that he plans to concentrate on building a foundation whose purpose is to achieve unity — the Oscar López Rivera Foundation, Libertad.

The exciting event was sponsored by the National Human Rights Network, the National Lawyers Guild and the Welcome Oscar to the Bay Area Committee. It was endorsed by about 50 organizations, including the Anti Police-Terror Project and Workers World Party.