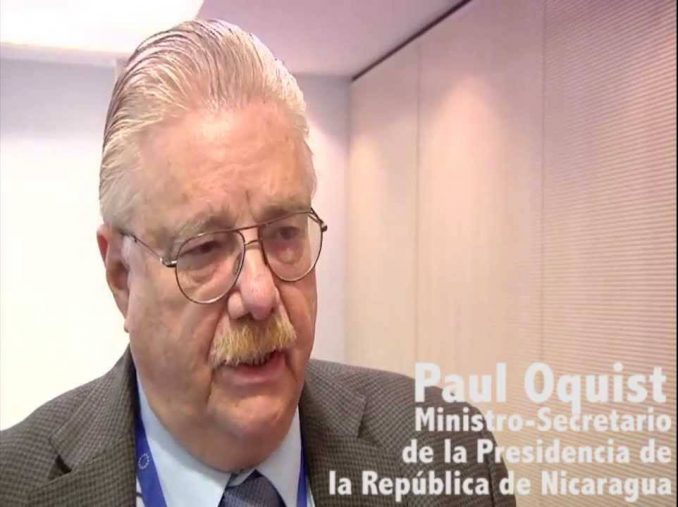 The capitalist media have denounced Trump’s pullout from the Paris Accord, saying that the U.S. joins the only other two countries that did not sign — ­Syria and Nicaragua. This is supposed to ­ridicule Trump and the U.S. without explanation. Nicaragua, in fact, has a very cogent explanation for its refusal to sign. The pact favors imperialism to the detriment of the oppressed countries and lets the polluters off the hook. Below are excerpts from a Time magazine ­article of May 31 outlining Nicaragua’s well-­reasoned explanation.

Paul Oquist, Nicaragua’s representative at the 2015 talks in Paris, has called the climate deal a “path to failure.” One of the primary reasons is that the deal is not binding — in other words, there are no punishments for countries that fail to live up to the commitments they make as part of the deal, other than “naming and shaming” them, as critics have put it.

Oquist also objected to the agreed-upon goal of limiting the global temperature increase to 2 degrees Celsius, noting that the emissions targets, as well as the voluntary nature of the agreement, would likely result in increases of more like 3 or 4 degrees Celsius, according to the ­Financial Times. “We do not want to be accomplices to the death, damages and destruction that a 3C or 4C [warmer] world will represent,” he said in 2015.

Oquist also said the agreement doesn’t hold larger countries — like the U.S. — sufficiently accountable, given that they historically have produced far more carbon than small countries like Nicaragua. “[The idea of] universal responsibility — [that] everyone is responsible — is a spin on historical responsibility, because everyone didn’t create this problem,” he told Democracy Now in 2015. “Nicaragua has 4.8 million tons of emissions a year, and that’s 0.03 percent of [global] emissions. Do we feel responsible for having caused climate change? No, not at all. Are we doing something about it? Yes, we’ve gone from 25 percent renewable to 52 percent renewable since 2007, and in 2020 we’ll be 90 percent renewable.”

Larger countries, he said, can afford the necessary measures to reduce emissions in a significant way, “and they’re the ones who have the CO2 that can be cut.”