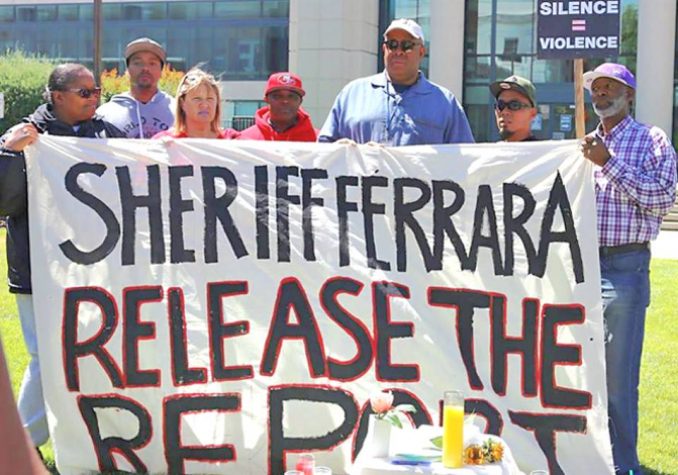 Workers World Party Bay Area members joined Anti Police-Terror Project and International Longshore Workers Union Local 10 representatives on June 2  in front of the Solano County Courthouse in Fairfield, Calif.  They were there to support the family of Angel Rico Ramos, who are demanding that the Solano County Coroner’s office release the autopsy report concerning the police killing of their 21-year-old family member.

Ramos would have turned 22 on June 3, but was shot and killed by a Vallejo police officer on the evening of Jan. 23, as he stood on the second-floor deck of a house during a party. The initial police report claimed he was attempting to stab another young man, but the alleged victim and other witnesses assert that Ramos was unarmed.

The protesting group held space at the Solano County Courthouse for three hours until 1:23 p.m. in remembrance of the Jan. 23 date of Ramos’ murder.

Ramos’ relatives and community advocates have repeatedly requested a copy of the autopsy report, which would provide proof of the officer’s wrongdoing.  But it was once again not released on June 2. However, the Ramos’ family and their supporters alerted the coroner’s office that they would continue to protest in greater numbers until the autopsy report is released.

Community members and anti-police brutality activists are concerned  about the high level of police killings in Solano County, and they vow to continue demonstrating their opposition to this terror.