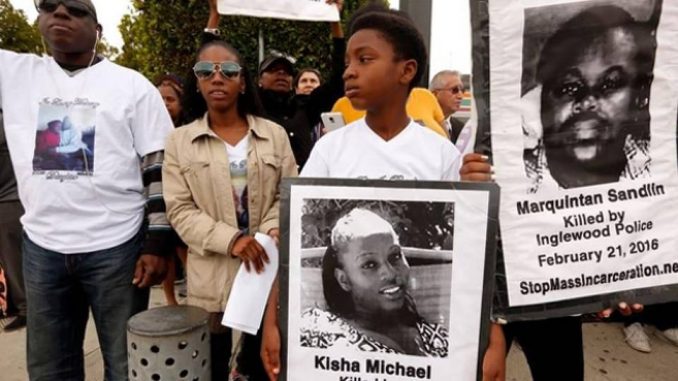 It is a universally undisputed fact that the Cleveland Cavaliers’ LeBron James is considered the greatest basketball player active today. Among his many unprecedented honors, he has won the National Basketball Association’s regular season Most Valuable Player award four times. A three-time NBA champion, James has won three MVP Finals awards since he entered the NBA in 2003 as the number one draft pick when he was only 18 years old.  James is currently playing in his eighth consecutive NBA Finals against the Golden State Warriors, an NBA all-time record.

James, an African American, was born and raised in Akron, Ohio, by a single mother. His brilliant basketball talent has made him a multimillionaire and a global icon, especially with the help of social media. Now 32 and the father of two sons and a daughter, James has also been outspoken when it comes to racism. He and his teammates wore hoodies in solidarity with Trayvon Martin, the unarmed Black teenager murdered in 2012 by a racist vigilante. This heinous crime helped to spark the international Black Lives Matter movement.

James wore an “I can’t breathe” practice shirt following the murder of Eric Garner, a Black man choked to death by white New York police officers in July 2014 — one month before 18-year-old Michael Brown was murdered by a white police officer in Ferguson, Mo.

LeBron James’s celebrity, however, could not stop him and his family from recently experiencing a racist attack. On May 31, the racist N-word epithet was scrawled on a gate outside his home in the exclusive Brentwood section of Los Angeles. As of early June, no one had been brought in for questioning, much less arrested.

In response to this incident, James stated at a news conference in Oakland, Calif., on May 31, a day before game one of the NBA Finals: “No matter how much money you have, no matter how famous you are, no matter how many people admire you, being Black in America is tough. And we’ve got a long way to go for us as a society and for us as African Americans until we feel equal in America.” (usnews.com, May 31)

How prophetic his statement was. Considering that just one day before the racist slur was discovered, on May 30, five police officers were fired for the slaughter of two young Black people, Marquintan Sandlin and Kisha Michael, who had been fatally shot multiple times while unconscious in a car. This incident took place in Inglewood, also part of Los Angeles County, on Feb. 16 of last year. Protests led by the families of the victims and the community demanded more transparency from the police about what led to the incident where five officers shot into the car at least 20 times.  Along with this demand should be the bigger question: Why weren’t these officers arrested and charged with murder?

As most Black Lives Matter activists know all too well, when killer cops are either fired or put on a desk job, it reeks of another coverup in the ongoing racist police war on Black and Brown people.

So what is the lesson to learn from these two incidents?

Laws under capitalism protect the police from any kind of real justice, unless there is a powerful movement to bring pressure from below.  And it does not matter whether the victim is as well known as LeBron James or not known previously to the public, like Marquintan Sandlin, Kisha Michael, Sandra Bland, Tamir Rice, Rekia Boyd and countless others. No person of color is immune from the stain of racism, which can only be thoroughly washed away by a socialist transformation of society.