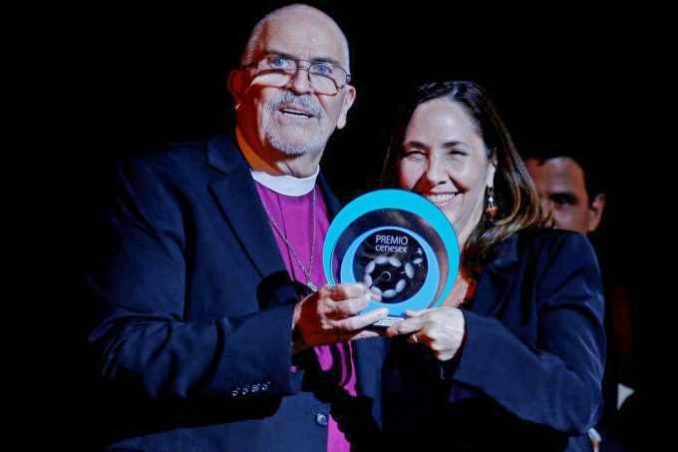 From its initiation in 2007, Cuba’s yearly International Day Against Homophobia and Transphobia has marked the serious, ongoing effort of the country’s National Center for Sex Education (Centro Nacional de Educación Sexual or CENESEX) to eliminate the vestiges of sex/gender prejudice in Cuba, the harmful residue of 500 years of first Spanish and then U.S. colonial domination.

Mariela Castro Espín, the daughter of Cuban President Raúl Castro Ruz and Cuban revolutionary leader Vilma Espín, is the founder and director of CENESEX and a member of the country’s National Assembly. Castro Espín used the occasion of the 10th International Day Against Homophobia and Transphobia on May 12 to present U.S. gay activist the Rev. Dr. Troy Perry with a CENESEX award in recognition of his lifelong efforts in the struggle for LGBTQ liberation.

As a spiritual leader, Perry has, for many years, acted in strong opposition to the homophobic and transphobic positions of the world’s major patriarchal religious organizations. His Universal Fellowship of Metropolitan Community Churches, originally a gathering of 12 people in his Los Angeles living room, now encompasses over 300 congregations in 16 countries, safe spaces which meet the spiritual needs of many LGBTQ people. Perry was an early advocate for marriage rights for same-sex couples and performed such marriages long before they were legal in the U.S.

Perry described the award ceremony at Havana’s Karl Marx Theater on his website: “By the time the 10th Cuban Gala Against Homophobia and Transphobia started, over 4,000 people were present. … The program started with music and then my introduction was made and I spoke for ten minutes on my journey in [U.S.] America as a gay man and drew a parallel between the LGBTQ community in both our countries in the 1960s when gay men were arrested and sent to prison.“

He continued that following the presentation of the award “was the most beautiful experience of entertainment from the LGBT community I have ever witnessed! Ballet dancers from the National Cuban Ballet Company, a Flamenco dancer, who tore down the house! Jazz musicians, the choir and dancers from the Santería religion, drag performances, and numerous songs by Spanish vocalist, Falete, and more.”

In a statement to the press before leaving for Cuba, Perry denounced the murderous blockade that the U.S. imposed on Cuba soon after the revolutionary overthrow of the Batista dictatorship. “I am still saddened that the government of my country, the United States of America, still has not lifted the embargo against this wonderful country and its people. I call, again, for our government to make that change now!” (PR Newswire, March 7)

In the Introduction to her highly informative book, “Rainbow Solidarity in Defense of Cuba,” Workers World Party leader and internationally known transgender activist Leslie Feinberg wrote: “The history of the Cuban Revolution is a process from which we who have not yet made our revolutions have a great deal to learn about the struggle for sexual liberation, based on concrete historical conditions.” And while we continue to mourn the long illness and ultimate loss of our beloved Comrade Leslie, the process she alludes to continues, and continues to inspire a new generation of LGBTQ revolutionaries.

McCubbin is the author of “The Roots of Lesbian and Gay Oppression,” a Marxist analysis first published by Workers World Party in 1976, before the progressive movement in general was able to embrace a consistently supportive view of the first-wave Gay Liberation movement.