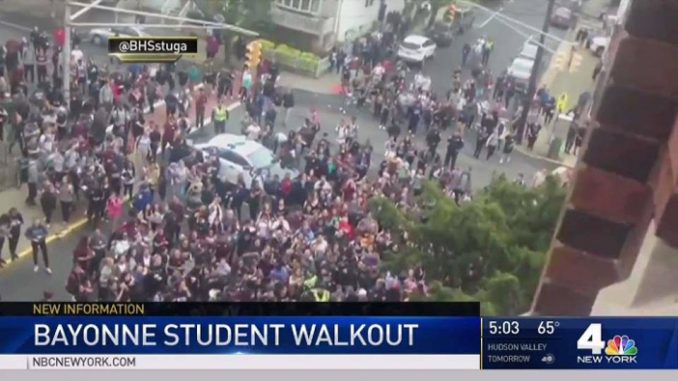 Hundreds of students at Bayonne High School held a spontaneous walkout from classes on April 27 in Bayonne, N.J. They were protesting the layoffs of 300 staff members, including 261 teachers, 15 secretaries, eight engineers and two bus drivers.

The local school board announced the layoffs during their meeting the night before, after it had been announced that no layoffs were to take place. In fact, a majority of the fired teachers had been promised tenure for the fall semester.

The students marched to City Hall, where they chanted and expressed how deeply they feel for their teachers. Sultan Ahman stated, “I’m losing my math teacher, my history teacher and my gym teacher.” Elmer Beltran added, “We care about them. They are our mentors. We tell them about our problems.” (nbcnewyork.com, April 28)

April Polsunas, a parent, said, “I’m absolutely ashamed that they’re doing this to the teachers right now. It leaves everyone unstable. It leaves our students not knowing what they’re going to be doing.” (fios1news.com)