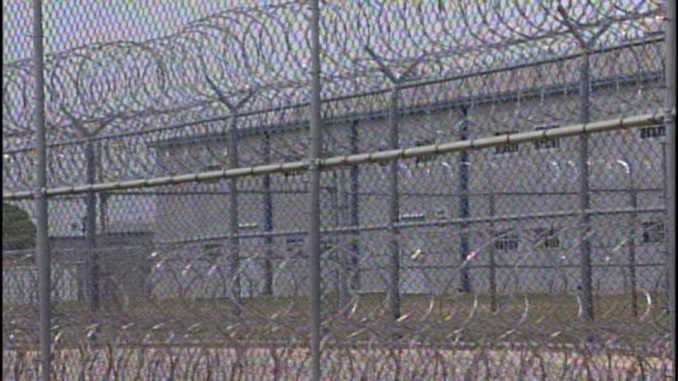 Workers World Party and its editorial staff received notices on Feb. 22, March 31 and April 5 from the Pennsylvania Department of Corrections (DOC) that three issues of Workers World newspaper had been denied entry into all prisons in the state. The reason given for this outright censorship? In the DOC’s own words: “Information contained [in the publication] advocates global May Day strike.”

Throughout its history, Workers World Party has maintained close ties with political prisoners and prisoners of the ongoing U.S. war against Black and Brown and poor white workers. The Prisoners Solidarity Committee, formed in the late 1960s by Workers World Party and Youth Against War and Fascism, organized in the belief that prisoners are not “criminals” but oppressed peoples often driven by poverty to commit “crimes” of survival.

The PSC agitated for the release of imprisoned activists Angela Davis, George Jackson, Assata Shakur and other revolutionary figures, as well as Joann Little, who killed a white jailer in North Carolina when he attempted to rape her. When prisoners at Attica in upstate New York rose up and took control of the prison, they specifically requested that two members of the Prisoners Solidarity Committee enter the prison to witness their negotiations with the authorities.

For decades Workers World Party has championed the cause of imprisoned revolutionary journalist Mumia Abu-Jamal, framed for the 1981 shooting of a Philadelphia police officer. In 2011, thanks to pressure from the movement, the Third Circuit Court of Appeals overturned Mumia’s 1982 death sentence, and the state was forced to finally take Mumia off death row and return him to the general prison population.

The movement to gain freedom for Mumia continues, steadfastly supported by Workers World Party. In April, 2017, the Pennsylvania DOC finally caved in to mass pressure demanding lifesaving hepatitis C treatment for Mumia. This set an important legal precedent for all hep C infected prisoners in the state prison system.

The surviving members of the MOVE 9, also framed for police murder in connection with the state’s military-style assault on the Philadelphia MOVE organization’s Osage Avenue home in 1978, have conducted years of study sessions on the attack using Workers World newspaper articles.

Certainly, Workers World Party is known among prisoners throughout the country, not to mention among prison wardens and secretaries of corrections. Now WWP’s call for a May Day global strike comes hot on the heels of a string of prisoner strikes and uprisings in at least 46 state and federal prisons in September 2016, and the more recent Vaughn Prison uprising in Smyrna, Del. This is the context for the Pennsylvania’s DOC eagerness to suppress any sign of dissent or resistance, including censoring Workers World newspaper.

At least one incarcerated subscriber in Pennsylvania was never informed by prison officials as to why his weekly Workers World paper did not arrive. The prisoner states, according to a grievance filed by him and obtained by Workers World: “I was not notified by PA DOC nor Houtzdale [State Correctional Institution]. I was not given opportunity to appeal ban. […] This is a systemic problem of censorship.”

An April 21 letter mailed to the Pennsylvania DOC from the Workers World Philadelphia Bureau challenges the censorship:

“The reason for the denial is unwarranted, unjustified and spiteful. It is a crass attempt by the DOC to suppress all dissent and resistance, including legal, First Amendment protected speech. Please accept this letter as an official appeal of the decision to censor Workers World newspaper in Pennsylvania prisons.

“Please also review the decisions to withhold notice from the inmates, as we believe these decisions have been made in violation of applicable laws and prisoners’ constitutional rights. Please also furnish all Workers World subscribers held in Pennsylvania prisons with the notifications to which they are entitled, and the chance to exercise their due process rights to appeal these decisions themselves.”

Workers World will use all available means to fight the Pennsylvania DOC’s heavy-handed, punitive and unconstitutional censorship. Subscribers and censors alike should know that no amount of suppression will ever be enough to put the lid back on the prison movement which, after a period of dormancy, has emerged stronger and more militant than ever.

Hands off prisoners’ free speech rights! Forward to the May Day Global Strike!