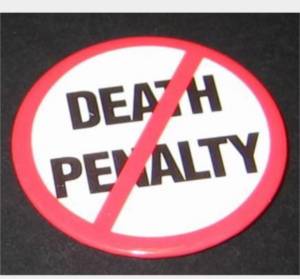 At least seven death-row prisoners were sentenced to die by lethal injection in the state of Arkansas, with the executions set to begin on April 17. But a federal judge’s ruling put a temporary halt on the executions on April 14. Arkansas had not carried out any executions since 2005.

Protests have been held in Little Rock, Ark., the state capital, against the executions, led by those who have been exonerated from death row.

What was the basis of the ruling? The use of the drug, midazolam, which is suppose to render its victim unconscious before other lethal drugs are injected to stop the heart from beating.

Judge Kristine G. Baker of Federal District Court in Little Rock stated in her ruling, “The threat of irreparable harm to the plaintiffs is significant: If midazolam does not adequately anesthetize plaintiffs, or if their executions are ‘botched,’ they will suffer severe pain before they die.” (New York Times, April 15)

Before he was elected president in 1992, then-Governor Bill Clinton of Arkansas carried out the first executions in that state, starting in 1990. These included the infamous execution of Ricky Ray Rector, a Black man with severe mental disabilities.

Since the U.S. Supreme Court reinstated the death penalty in 1976, 498 Black people have been executed (34.5 percent), 120 Latinx (8.3 percent) and 807 white (55.6 percent), according to deathpenaltyinfo.org. Black people make up only 14 percent of the general U.S. population, but are more than double that number on death row. These numbers don’t reflect the growing number of people who die while in police custody, including Black women like Sandra Bland, Raynette Turner, Joyce Curnell, Ralkina Jones and Kindra Chapman, to name a few.

Just recently, a former prison guard was charged in the death of an inmate, 25-year-old Janika Edmond, who committed suicide at the Women’s Huron Valley Correctional Facility in Pittsfield Township, Mich., in 2016. Edmond warned the guard that she was going to commit suicide, and requested a protective restraint. Her plea was completely ignored.

Hundreds of immigrants, legal and undocumented, have died in horrendous detention centers, run by Immigration, Customs and Enforcement or private corporations, mainly due to medical neglect for treatable and untreatable diseases.

The U.S. death penalty, legal and extralegal, reflects the depths of systemic white supremacy, sexism, anti-poor and anti-worker oppression under capitalism. The racist death penalty, like police brutality and murders, is a tool of terror that only serves to protect the interests of the 1% — the billionaire ruling class.

On May Day 2017, a demand needs to be “Abolish the Death Penalty.” Like Black Lives Matter, it is a workers’ issue.