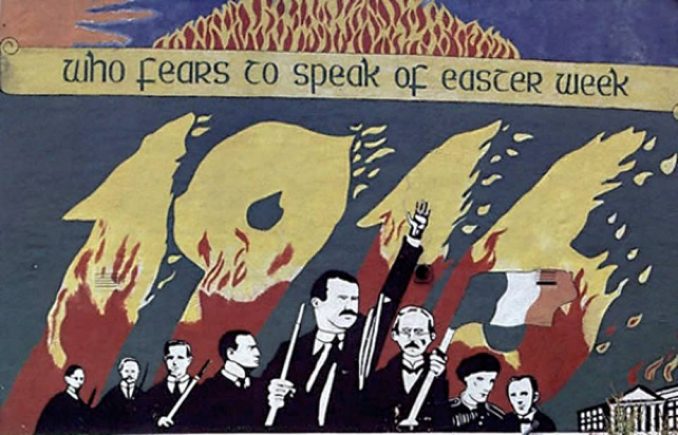 This 1991 mural in Belfast marks the 75th anniversary of the Irish Rebellion. In foreground are the Republican signers of the proclamation of independence.

This April 24 is the 101st anniversary of the Easter Rising in Ireland. Throughout the island, socialist republicans commemorate the event by wreath laying, marches with various flags of Ireland and rallies where statements reiterate the continuing struggle to build socialism in Ireland. The monumental impact of the Easter Rising lives on in the collective consciousness of oppressed communities worldwide.

Workers in the United States will remember Ireland’s socialist labor leader James Connolly as May Day demonstrations call for mass walkouts, protests and a general strike against capitalist attacks on the multinational working class.