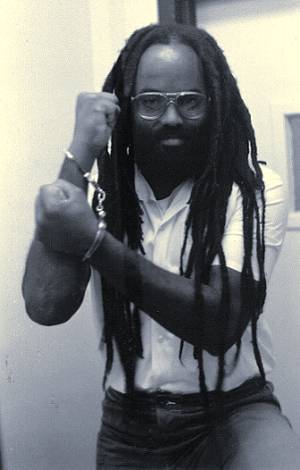 This past fall marked the 50th anniversary of the founding of the Black Panther Party. To celebrate the occasion, Common Notions, a publishing house in Brooklyn, N.Y., republished Mumia Abu-Jamal’s acclaimed history of this revolutionary organization. At a time when white supremacy is emboldened and capitalism is in crisis, “We Want Freedom: A Life in the Black Panther Party” is a more timely read than ever.

In writing the book, one of Mumia’s goals was to fill in the gaps in the existing literature on the party. Much had been written about the party leadership, but what of the rank-and-file Panther? There is more to the life of a party than great speeches and mass uprisings, but the everyday struggles that sustain a party often get lost. Mumia centers on these struggles, rooted in his own experience as a rank-and-file Panther in the Philadelphia chapter.

Mumia also brings to light the struggle of women against sexism in the party and the party’s progressive efforts to overcome sexism in its ranks. Women held positions at every level of the party, and Mumia traces the experiences of several Panther women, from relatively more privileged members like Barbara Cox to Naima Major, one of the thousands of Panther women engaged in revolutionary organizing and study.

One of the most radical claims in “We Want Freedom” is about the relationship of the party to the legacy of Black liberation. In the words of Kathleen Cleaver, who wrote the book’s introduction, Mumia’s scholarship roots the BPP in a “disfavored history.” He links the BPP to the long tradition of Black self-defense that is often erased from the defanged histories of Black struggle written by the ruling class and its lackeys.

To push back against these revisions, we must arm ourselves with the proper history. “We Want Freedom” is just that, and it offers today’s militants a lot to work with as we continue the struggle. While the state, through the FBI’s COINTELPRO operation, may have systematically undermined the party, it did not have the last say.

The book can be purchased at the Common Notions website, commonnotions.org. A 50 percent discount is offered to all prisoners.