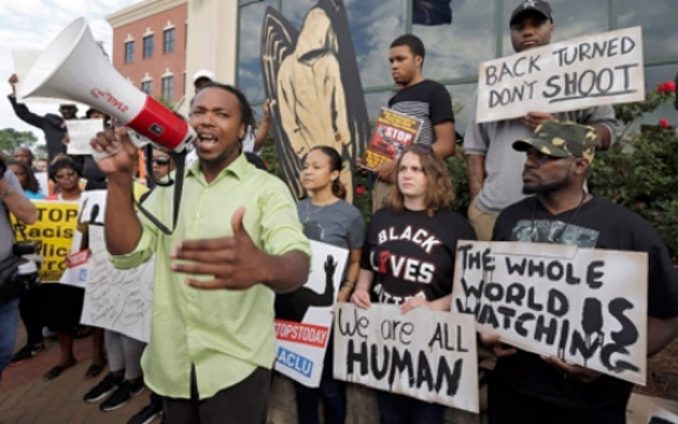 In Charleston, S.C., on April 4, 2015, Michael Slager, a white cop, killed Walter Scott, an African-American man, by shooting him five times in the back after a “routine” traffic stop. The incident was caught on cellphone video by a bystander, who also filmed Slager planting his own Taser near Scott’s lifeless body.

Despite this clear, incontrovertible evidence, and after hearing from 55 witnesses over five weeks, one African-American and eleven white jurors were unable to come to a unanimous verdict. The judge declared a mistrial on Dec. 5.

The state is not required by law to retry this or any other case ending in a mistrial. In fact, in order to carry out its true mission of acting on behalf of the ruling elites, the state repressive apparatus makes use of what in legal terms is called “discretion.” In practical terms this means that the entire judicial system — the cops, the prosecutors, the judges — can pretty much do whatever they want so long as they believe it advances the goals of their capitalist masters.

Like the actions of infamous Dylann Roof, who murdered nine parishioners at worship in a historic Black church, also in Charleston, the case of the killer cop Slager has revealed the racism and oppression inherent in the criminal injustice system, not only in South Carolina, but across the U.S.

One reason the murder of Walter Scott has received so much publicity is because it is extremely rare for cops who shoot Black people to be charged or held accountable at all. Most often these cases are shunted off to a grand jury, which secretly decides not to prosecute the cop.

The people of the United States are led to believe that if crimes are committed, then arrests and trials automatically follow. But this is not the case.

For poor working people, and for people of color, it is the cops who often decide most “legal issues,” frequently with lethal results. In a 1999 study, about half of the discretionary decisions made by criminal justice agencies were found to be made by police. (National Institute of Justice, ncjrs.gov)

In a racist, oppressive society, the consequences of this “discretion” — the power to arrest and even kill people with impunity — falls most heavily on the African-American community. A 2016 study conducted by the Washington Post found: “Of all of the unarmed people shot and killed by police in 2015, 40 percent of them were Black men, even though Black men make up just 6 percent of the nation’s population.” (Washington Post, July 11)