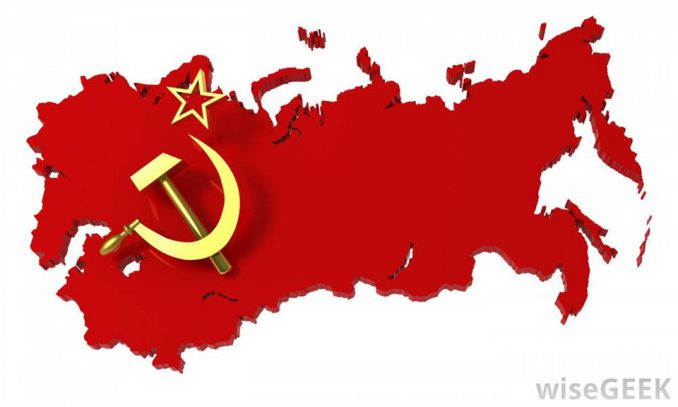 December 25 marked the 25th anniversary of the dissolution of the Soviet Union.

Two historic centennial anniversaries will take place this year. Next month will usher in the 100th anniversary of the February 1917 Revolution in Russia, which started with a great demonstration of women textile workers on International Working Women’s Day, and which within five days overthrew the czar.

Revolutionary upheavals continued throughout the czarist empire, culminating in October of the same year (November by our calendar) with the uprising of workers, peasants and soldiers, led by the Bolshevik Party of V.I. Lenin, that not only ended the monarchy for good, but overthrew the capitalist class and the entire land-owning aristocracy.

In future issues of Workers World we will write more on the tumultuous events of 1917 that ushered in the world’s first workers’ state.

For now, we take up what happened just 25 years ago and what it meant for the workers and farmers of the former Soviet Union, also called the Union of Soviet Socialist Republics or USSR.

Since its birth, the USSR had fought to survive in a hostile capitalist world. Its greatest human losses came in World War II when Nazi Germany attacked the Soviet Union in the biggest invasion in world history. Called Operation Barbarossa, Germany deployed 4 million troops along an 1,800-mile front.

After four bloody years, in which the USSR lost more than 27 million people and most of its industry, Soviet troops beat back Hitler’s armies, liberated Eastern Europe from fascism and planted the red flag on top of the Reichstag parliament building in Berlin.

The U.S. suffered practically no physical damage in World War II. In fact, it emerged from the conflict with an economy that produced half the world’s manufactured goods. From 1946 on, the Western imperialists, led by the U.S. and Britain, started a new war — the Cold War — targeting the Soviet Union.

The USSR was still struggling to rebuild and could do little for the East European countries now allied to it, while the U.S. pumped billions of dollars into Western Europe through the Marshall Plan, stabilizing the capitalist economies there. A huge arms race accompanied the Cold War and was meant to bankrupt the weakened Soviet economy.

All these enormous pressures on the first workers’ state trying to build socialism took their toll on the Soviet system from the beginning. There eventually emerged leaders in the Communist Party who were desperate to accommodate to imperialism. By the late 1980s, two of these figures — Premiers Mikhail Gorbachev and Boris Yeltsin — made concessions that allowed the imperialists to restore capitalism in Eastern Europe. They broke up the Soviet Union into 15 separate countries and turned over its state-owned industries to private ownership, both domestic and foreign.

Many critics of the USSR who professed to be socialists welcomed these developments, hailing them as bringing a more democratic form of socialism. But they were sorely mistaken.

What followed the pulling down of the Soviet Union was a full-blown counterrevolution. Foreign capital and corrupt former Soviet officials joined in a feeding frenzy to snatch up what had been state property, while the material conditions of the great masses of the people spiraled downward, out of control.

Margaret Thatcher, the Conservative Party leader in Britain who attacked the unions there and gutted social programs, was the first to openly give imperialism’s blessings to the changes in the Soviet leadership when she said in 1984, “I like Mr. Gorbachev. We can do business together.”

Once the Soviet Union was gone, Gorbachev got his “reward” by appearing in commercials for Pizza Hut. Quite a comedown for someone who led a country of 287 million people, but nothing like what the workers in the former Soviet republics were going through.

Average life expectancy in the Russian part of the USSR was 70 years in 1991. By 1994, after the restoration of the “free market,” it was only 65. The total population actually declined for the first time since World War II as the death rate exceeded the birth rate. The free health care system was discarded, along with the dismantling of all the social guarantees for employment, retirement income, paid vacations and other advantages enjoyed by Soviet workers.

Rampant alcoholism, drug abuse and prostitution reflected the desperation of millions who had been thrown to the wolves while “entrepreneurs” created profitable new markets in the trafficking of women and addictive drugs. Conditions in other parts of the former Soviet Union became at least as bad as in Russia, if not worse.

During this period, Russia was considered a “friend” of the United States. Leaders like Gorbachev and Yeltsin, who went along with this vicious dismantling of what the workers had built, were embraced, no matter how venal and even buffoonish they became.

It was only after Russia, now an openly capitalist country, was able to take back control of some of its vital resources, like oil, and consolidate a political and economic structure that put the interests of Russian development ahead of the demands of the imperialist banks and corporations, that the attitude of the U.S. ruling class changed. In the current period, conditions for the masses have improved, and even the imperialist media have to acknowledge that Vladimir Putin is popular compared to those who sold out the Soviet Union.

Now, most of the U.S. ruling class establishment are openly hostile to Putin, going so far as to demagogically blame Russia for Trump. Maybe the incoming U.S. president thinks he can charm the Russian ruling class into opening up to the whole Trump empire of golf courses, luxury hotels and casinos. But that won’t stop the Pentagon from building new bases in Eastern Europe and moving more troops to Russia’s border.

In future issues, we’ll write about the great revolutions that allowed the Soviet Union to develop into a world power despite all the efforts of the imperialists to crush it.