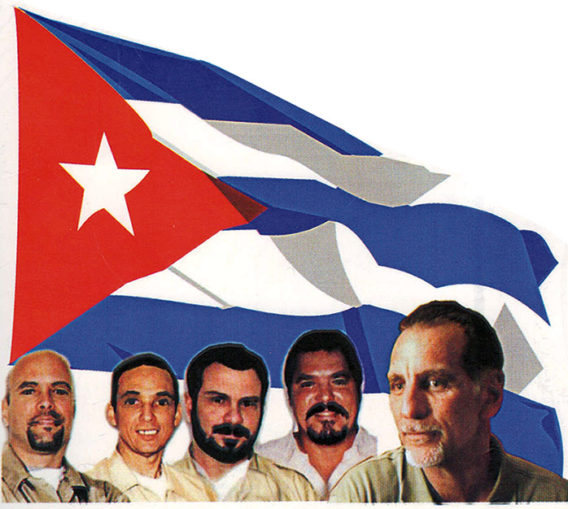 It is now two years since the last three of the Cuban 5 heroes, unjustly held in U.S. prisons for 16 years, touched down in Havana on Dec. 17, 2014. Gerardo Hernández, who had originally been sentenced to two life terms plus 15 years, returned with Ramón Labañino and Antonio Guerrero to join their two comrades, Fernando González and René González, who were released earlier after serving their full sentences.

On the same day, U.S. President Barack Obama formally agreed to establish direct, country-to-country negotiations with Cuba and diplomatic recognition of the sovereignty of its socialist island neighbor.

Cuba is a symbol of Latin American and Caribbean self-determination after centuries of European colonialism and slavery, followed by U.S. expansion and intervention with the Monroe Doctrine of 1823 and the 1898 war with Spain.

U.S. airlines can now offer direct commercial flights to Cuba, but U.S. citizens are still forbidden to “vacation” there by U.S. law. While the rest of the world continues to expand commercial and political relations with Cuba, the U.S. continues to exercise its global economic dominance by imposing a unilateral economic, commercial and financial blockade. Last year that cost the small Cuban economy more than $4 billion, depriving it of funds for Cuba’s human development programs.

This year, the U.N. General Assembly voted for the 25th time that the U.S. should end its blockade of Cuba. The vote was 191 to 0. U.S. Ambassador to the U.N. Samantha Power announced that, for the first time, the United States would abstain rather than cast its lone “no” vote.

On Dec. 5, 2004, Fidel Castro, the late historic leader of the Cuban Revolution, described the future struggle between these two irreconcilable social systems as a battle of ideas:

“I say ideas because the struggle we are speaking about will not, in essence, be a war, but rather a battle of ideas. The world’s problems shall not be solved through the use of nuclear weapons — this is impossible — nor through wars. What’s more, they shall not be solved through isolated revolutions that, within the order installed by neo-liberal globalization, can be crushed within a matter of days, weeks at the most. …

“The Revolution was able to hold out because it sowed ideas.

“The world is rapidly being globalized; an unsustainable and intolerable world economic order is rapidly being established. Ideas are the raw material from which consciousness is forged; they are the raw material of ideology par excellence. I prefer to call them the raw material of consciousness to emphasize that it is not a question of strict and rigid ideology, but rather of an advanced consciousness, that is to say, a conviction that hundreds of millions and billions of people on this planet will inevitably arrive at, and that it will constitute, without a doubt, the best instrument to secure the victory of those ideas throughout the world.”

This Dec. 10 the battle of ideas was engaged in a small way through Twitter on the occasion of International Human Rights Day. Although now free, the Cuban 5 have not forgotten their experience with U.S. injustice in the courts and prisons and the people they met behind the walls.

Some tweets reminded Power about the men still held in the notorious U.S. torture prison at Guantánamo — Cuban national territory illegally occupied by the U.S. (More information can be found on telesurtv.net.)

This year, to celebrate the second anniversary of Dec. 17, the New York Cuba Solidarity Project’s twitter storm informed the president-elect that we “support lifting the blockade against Cuba.”