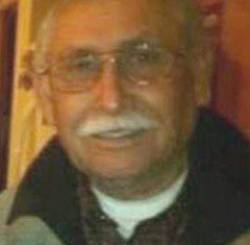 Roof had chillingly commented on his crime in a blatantly racist manifesto that he published online. He had scouted the church half a dozen times, and also researched a festival and other Black churches in South Carolina before settling on Charleston because, he wrote, it is the “most historic city in my state.” (New York Times, Dec. 15)

Four African-American pastors, including Democratic state Sen. Clementa Pinckney, were among the six women and three men shot dead at the church known as “Mother Emanuel.” The historic church, burned to the ground in the late 1820s after a rebellion of enslaved people led by one of the congregation’s founders, Denmark Vesey, was rebuilt and has been in use ever since.

Dylann Roof most certainly deserved to be convicted of both murder and terrorism. But there is more to the U.S injustice system than judges and juries. The capitalist state includes the entire repressive apparatus serving the class interests of the ruling class.

On a daily basis, perhaps most important for poor and working people are the cops. For people of color and of oppressed nationalities, the police are often judge, jury and executioner.

On Dec. 12, three days before Roof’s conviction, cops in Bakersfield, Calif., found 73-year-old Francisco Serna, a grandfather suffering from sleeplessness and signs of dementia, wandering in his neighborhood just after midnight. Serna did not make any hostile movements, but a police officer fatally shot him seven times anyway.

The next day, the Bakersfield Police Department admitted that Serna was holding not a gun, but a brown wooden crucifix. In 2015, Kern County, where Serna was killed, was identified as having the highest per capita police shooting rate in the U.S. (theguardian.com, Dec. 8, 2015)

Vigils and protests followed this police killing. “Our dad was murdered by BPD,” read part of a statement by Serna’s family. “Our dad was treated like a criminal. … Our family was questioned and restricted from comforting our mother for about 14 hours. … Family who asked to see their mother was told by BPD that if they crossed the police line they would be arrested.” It is unknown if the cop who fired the fatal shots will face any charges. (latinousa.org, Dec. 14)

What police did to Serna and his family sharply contrasts with the police arrest of Dylann Roof 18 months ago. Armed and on the run, Roof was allowed by cops to surrender with absolutely no harm to him. The cops even bought him a Burger King meal, causing outrage. Observers at street demonstrations against Roof’s crime noted that at the same time “[even the] protesters arrested in Baltimore had to endure horrid conditions hours on end.” (Huffington Post as quoted in the charlotteobserver.com, June 24, 2015)

Cops who kill in oppressed communities have virtual immunity from legal penalties. Even on the rare occasion a cop is indicted and charged with murder, the final outcome is far from certain. One week before the shooting of Francisco Serna, a former South Carolina police officer, Michael Slager, was being tried for killing Walter Scott, an unarmed African American. The incident, caught on cellphone video, showed that Slager opened fire as Scott turned his back, ran away and was shot five times from behind. The video also showed Slager planting a Taser near Scott’s lifeless body in an attempt to cover up his crime.

But this cop’s trial ended in a mistrial. A jury of eleven white people and one Black person could not reach a unanimous decision on the murder and manslaughter charges based on eyewitness video evidence. The cop walked free.

This is “justice” in a racist, capitalist injustice system.