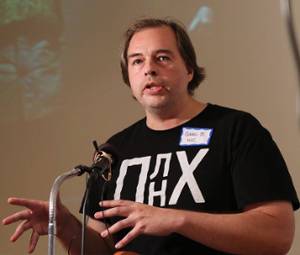 When I visited the Donbass republics in May, I was able to meet some of the internationalist fighters in Donbass, women and men from all over the world, and see the difficult conditions they are working in, living rough in dugout shelters in sight of the fascist brigands on the other side.

Worker World Party supports the armed resistance in Donbass. We support unconditionally the revolutionary youth who have gone to stand with Donbass at the risk of their lives and freedom.

The Maidan coup in Ukraine that began three years ago would have succeeded in bringing NATO to Crimea and Russia’s western border had it not been for popular armed resistance from below.

Our comrade Alexey Albu, from the outlawed Ukrainian organization Borotba, recently said that Donbass and Syria are two sections of a united front against imperialism. Beyond U.S. plans for regime change in Ukraine and Syria lies another goal: encirclement and dismemberment of the Russian Federation.

Capitalist Russia has been in the crosshairs of U.S. expansion since the destruction of the Soviet Union a quarter century ago. Russia is painted as the aggressor, but in fact has acted defensively as the U.S. has aggressively moved under both Democratic and Republican regimes to expand NATO and carry out regime change against Moscow’s allies like Syria.

This summer saw the biggest ever NATO war games in Eastern Europe — Anakonda-16, a mobilization of 30,000 troops from 20 countries. In July, the imperialist alliance pledged to increase troops and weapons throughout the region and build so-called “missile defense” systems — actually offensive weapons, aimed at Russia — in Romania, Poland and Turkey.

Washington would prefer to carry out regime change in Russia by proxy, but the Western-backed opposition in Russia suffered a serious setback after the 2014 coup in Ukraine. The rise of far-right nationalists and neo-Nazi gangs in Kiev sparked a resurgence of anti-fascist sentiment in Russia that made that scenario unlikely for the foreseeable future. So it’s war.

Our urgent task is to build solidarity between the anti-war and anti-imperialist forces of the world and the struggle of workers and oppressed people here at home.

The Trump campaign, with its selective isolationist rhetoric, has caused a great deal of confusion around the world. It’s no exaggeration to say that in much of Europe and the former Soviet Union, where there is intense fear of open war or even nuclear confrontation between the U.S. and Russia, millions of people viewed Trump as the lesser evil candidate. Even some forces on the left are celebrating Trump’s victory because they believe he will carry out his promises for better relations with Russia.

No proofs of Trump’s racism and misogyny, his ties to Wall Street, his campaign’s ties to warmongers from the Reagan and Bush years can convince some people that Trump is not the man on a horse they have been waiting for to save the day.

People in other parts of the world have fallen into Trump’s trap for the same reason that millions in the U.S. fell into Clinton’s — out of fear.

Isolationist rhetoric has a long history in U.S. politics, going back at least to Woodrow Wilson, who campaigned on a promise to keep the U.S. out of World War I, then turned around and sent U.S. troops to fight and die while repressing the anti-war left and deporting tens of thousands of immigrant workers.

Soon enough, Trump will show his true colors. I want to salute our communist allies in Russia, Donbass, Moldova and elsewhere, many of whom sent greetings to this conference, who are speaking the truth about Trump today under very difficult conditions, just as we spoke the truth about the rotten Maidan movement and exposed the slanders against Donbass when it was very unpopular to do so.

What is lacking here and around the world is an understanding of imperialism as a system, rather than a policy directed by one group or individual. Imperialism, the highest stage of capitalism, is driven by one overwhelming compulsion — expand or die.  At the head of the “coordinating body of the ruling class,” Trump can no more ignore this built-in U.S. war drive than Clinton, even if he wanted to.

We need to revive the study and discussion of a Marxist understanding of imperialism and its insatiable drive to war, beginning with Lenin’s classic book “Imperialism: The Highest Stage of Capitalism.” We need to remind the workers of the world that the danger of imperialist war can only be ended by the united efforts of the international working class.

When I visited Donbass in May, people from many walks of life told me: “World War III has already begun. Most of the world just doesn’t know it yet.”

Ninety-nine years ago this week, the workers, soldiers and peasants of Russia rose up in the midst of a world war. Led by Lenin’s Bolsheviks, they overthrew the capitalist system, proposed immediate peace to the whole world and established the world’s first successful socialist revolution.

It may be that a new world war has already begun. But we know how to end it. Lenin taught us!