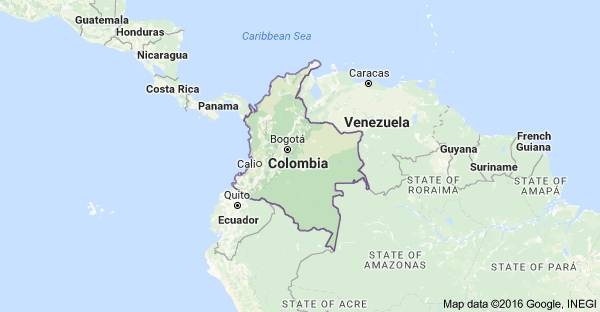 It must be stated that the narrow rejection — 49.77 percent for “Yes” and 50.22 for “No” — in no way reflects the will of the Colombian people. By itself, although “legal,” the vote is illegitimate.

First of all, only 37 percent of those registered exercised their right to vote. There were regions in the northern coast where people could not even get to election booths because of flooding caused by Hurricane Matthew. These were places where the “Yes” vote was expected to predominate.

How legitimate can this result be when the regions on the periphery — which have the most victims of the armed conflict — voted “Yes” to the accord? Yet the plebiscite was decided by the zones less impacted by the war and with fewer victims, those in the center of the country.

Why the ‘No’ vote won

Polls taken before the election announced a 70 percent vote for “Yes.” That caused some people who were originally planning to vote “Yes” to stay home, considering their vote unnecessary.

Most important was the nasty disinformation campaign launched by the right-wing Democratic Center (DC) led by ex-president Álvaro Uribe, who is a fierce pro-paramilitary opposed to the peace process. Juan Carlos Vélez, the head of Uribe’s “No” campaign, exposed the DC strategy in an Oct. 5 interview with the newspaper La República:

“We discovered the viral power of social networks. For example, on a visit to Apartadó, Antioquia, a counsellor gave me a photo of [President Juan Manuel] Santos and [FARC commander] ‘Timochenko’ with a message of why would you give money to the guerrillas if the country was in the pot [i.e., poor]. I posted it on my Facebook and last Saturday had 130,000 [people] sharing it, reaching six million people. … The strategy was to not explain the agreements [and instead], focus the message on the outrage.” (larepublica.co) This strategy was devised with different deceptive messages to appeal to different regions and social strata.

On the other side, the “Yes” campaign failed to launch a successful campaign explaining the accord in detail.

Despite Uribe’s reactionary actions to sabotage the agreement, President Santos invited him to the presidential house to “negotiate” and promised to listen to DC’s proposals. The DC’s aim is to renegotiate the agreement.

Renegotiation represents a danger to the peace process since the DC’s changes will be aimed at punishment of the guerrillas and prohibiting the legal and public political role of demobilized FARC-EP members.

We should remember that when Uribe was president, he negotiated for  amnesty for demobilized paramilitaries who had committed proven crimes against humanity. Uribe himself is a known criminal responsible for massacres, drug trafficking, illegal phone tapping, displacing thousands of poor people and killing innocent people in the zone of Soacha. There, youth were killed and then dressed up in FARC uniforms.

Divisions in the oligarchy

The plebiscite result actually underscores divisions within the Colombian oligarchy. Uribe represents the big landowners and cattle-raising wealthy class, who are afraid of the impact on their businesses of the Final Agreement. What impacts them is the part of the Agrarian Pact that calls for distribution of land to small peasants and compensation to the victims of the conflict.

Santos, on the other hand, represents the segment of the oligarchy that wants to establish the mining megaprojects and the industrialization of the Colombian economy. This sector needs the “peace of the cemetery” to attract foreign companies.

Up to now, the armed insurgency, both the National Liberation Army (ELN) and the FARC, has been the most important impediment to the profit-hungry transnational corporations’ takeover of the Colombian people’s land and wealth.

This was illustrated by a casual conversation this writer had on Sept. 19 with the owner of a small souvenir stand in Bogotá. The owner, a woman from one of the coastal regions, said that she was going to vote “Yes” because she wanted peace in her country. She said that she was no friend of the FARC because she had relatives who were victims of the insurgency. She, nevertheless, acknowledged the role of the FARC in preventing the transnational corporations from stealing land.

At this point, it’s not only the oligarchy that decides which route for the peace process. Outraged by the result of the plebiscite, a group of young people immediately took to the streets demanding the establishment of the Final Agreement. Under the hashtag of #PazAlaCalle, they started organizing through social media to demonstrate support for the signed agreement in the streets.

By the thousands, people in Colombia on Oct. 5 held what has been called the largest protest in years. Sixteen cities participated. A permanent — and growing — encampment has been established in the centrally located Plaza Bolívar in Bogotá.

Juan David Ojeda, one of the protesters, told teleSUR, “We invite young people to set aside the social networks and come to Plaza Bolívar, to parks and other scenarios of public use, to enforce an agreement soon; we do not need more war.”

Protests and events on behalf of the agreement have, since then, occurred in different places in the country. Medellín, Uribe’s stronghold and one of the cities with almost 63 percent “No” votes, held a massive mobilization on Oct. 7 under the slogan: “Peace belongs to us.” Youth called the action, which many groups supported, including civic, university and women’s groups, in addition to war victims and members of the LGBTQ community.