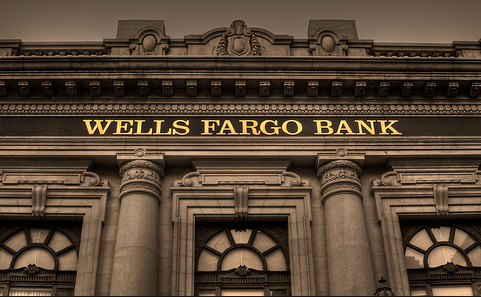 Wells Fargo cultivated this strategy, pressing its customers to enroll in several of the bank’s various types of accounts. These include checking, savings, mortgages, credit cards and more. With multiple accounts, it becomes a hassle for the customer to leave the bank.

Wells Fargo went far beyond simply coaxing its customers to open up different types of accounts. Starting at least as far back as 2011, the bank:

Wells Fargo created 2 million fake accounts. Not only did these cost its customers millions in fees, they also ruined the credit rating for thousands, which, in turn, ruled out new loans or mortgages.

Stumpf testified that the bank’s method of dealing with this robbery of its own customers was to blame and fire 5,300 mostly low-paid workers. Of course, Stumpf pleaded ignorance of any criminal behavior by Wells Fargo executives.

But investigations revealed that management had squeezed workers to open new accounts. Workers who failed to meet Wells Fargo’s “sales goals” were often fired. Other workers who bravely reported this activity to Wells Fargo’s “ethics hotline” found themselves out the door in short order.

Meanwhile, Carrie Tolstedt, head of Wells Fargo’s community banking department, at the heart of this scandal, is retiring with a cool $124 million bonus. CEO Stumpf himself had his stock holding increase by $200 million during the bank’s cross-selling campaign.

The senators at the hearing excoriated Stumpf and Wells Fargo management for this fraud. But the U.S. government actually helped Wells Fargo fleece its account holders.

This is not the bank’s first crime. Beth Jacobson, a Wells Fargo loan officer and whistleblower, reported in 2008, when current CEO John Stumpf was a top bank executive: “One means of falsifying loan applications that I learned of involved cutting and pasting credit reports from one applicant to another. … IDs deception by the subprime loan officer would artificially increase the creditworthiness of the applicant so that Wells Fargo’s underwriters would approve the loan. … I reported this conduct to management and was not aware of any action that was taken to correct the problem.” (boingboing.net, Sept. 21)

This deception by Wells Fargo and other giant banks sparked the 2007 Great Recession, which cost 8 million workers their jobs and 6 million families their homes.

Were Wells Fargo executives punished? Did any of them go to jail? Of course not. Instead, Wells Fargo received a $36 billion taxpayer-paid bailout from the federal government.

So now Wells Fargo got caught. But this is just the tip of the iceberg. The entire capitalist system depends and thrives on the oppression and exploitation around the globe of the real producers of wealth, the vast working class. Its extinction is long past due.