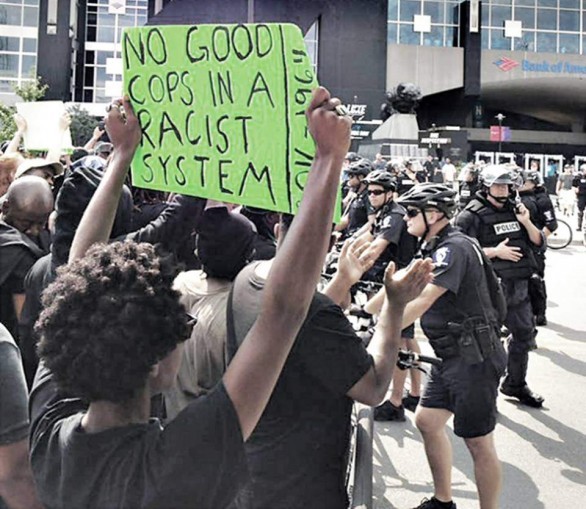 The Tribe, a majority people of color queer and transgender group, organized an occupation at the main entrance in front of the Bank of America stadium, home to the National Football League’s Carolina Panthers on Sept. 25. The occupation was part of ongoing protests to put pressure on the mayor and police chief to release the entire footage showing the police murder of Keith Lamont Scott. The protest took place in 90-degree heat before the Panthers played the Minnesota Vikings in front of 70,000 fans. Hundreds of chanting protesters, Black, Latinx and white, locked arms as a security measure in front of riot cops armed with guns, tear gas and plastic handcuffs. Right before the game, the protesters kneeled during the playing of the national anthem with fists held high in the air. The protest was covered by national and international media including ESPN and the NFL.com. The protest lasted at least three hours until the end of the game.