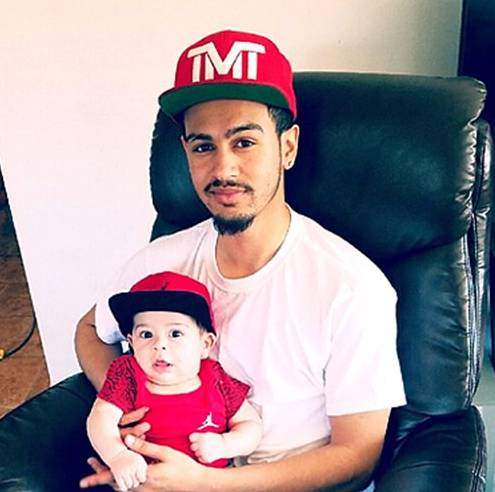 By Benji Pyles and Jeremy Bauman

“[S]ociety is split into antagonistic, and, moreover, irreconcilably antagonistic classes, whose ‘self-acting’ arming would lead to an armed struggle between them. A state arises, a special power is created, special bodies of armed men, and every revolution, by destroying the state apparatus, shows us the naked class struggle, clearly shows us how the ruling class strives to restore the special bodies of armed men which serve it, and how the oppressed class strives to create a new organization of this kind, capable of serving the exploited instead of the exploiters.” — V.I. Lenin, State and Revolution

Former West Virginia cop Stephen Mader has come forward, saying he was fired from the Weirton Police Department because he did not shoot an armed Black man, who, he says, was looking for “suicide by cop.” Two other officers arrived and killed the man, who was carrying an unloaded gun.

Weirton is a city of about 20,000 in the West Virginia panhandle, 36 miles west of Pittsburgh, Pa., and across the river from Steubenville, Ohio.

Mader answered a call May 6 from a woman who said her boyfriend was trying to commit suicide. The cop told the Pittsburgh Post-Gazette that he tried to defuse the situation.

“I saw then he had a gun, but it was not pointed at me,” Mader said, describing a silver handgun that Ronald Williams of Pittsburgh allegedly held in his right hand, pointed at the ground. Williams, 23, known as “RJ,” told the officer to “just shoot me,” according to Mader.

“And I told him, ‘I’m not going to shoot you, brother,’” Mader told the Post-Gazette. “I thought I was going to be able to talk to him and de-escalate it. I knew it was a suicide-by-cop.”

When Mader tried to return to work on May 17, he was told to report to Police Chief Rob Alexander.

“We’re putting you on administrative leave, and we’re going to do an investigation to see if you are going to be an officer here. You put two other officers in danger,” Mader recalled the chief saying. On June 7, he was given a termination notice that he “failed to eliminate a threat” by not shooting Williams.

The following day, Hancock County Prosecutor Jim Davis announced the shooting had been justified, and Chief Alexander told reporters that “all three officers” were back at work and doing well.

“It was like [Chief Alexander] was a good guy, and the next second he’s throwing me under the bus,” Mader said, speaking out for the first time since the incident.

Mader does not think the other two officers were wrong to shoot, however.

“They did not have the information I did,” he told the Post-Gazette. “It’s a shame it happened the way it did, but I don’t think they did anything wrong.”

Chanda Robinson, a Weirton resident, spoke with Workers World about the case. “As a Black mother, it is sad I have to teach my own son how to act when around the police, because I fear for his safety. This incident is a frightening reminder of how the police are awarded for killing Black people and punished when they do not.”

Robinson also spoke about the recent murder of 13-year-old Tyree King in Columbus, Ohio: “The police should be held accountable for their actions, and people of color should have a right to defend themselves.”