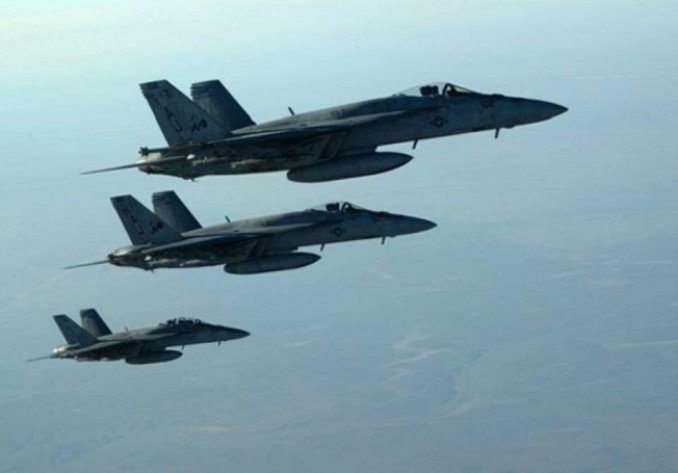 The dangerous U.S. military escalation of its 5-year war to overturn Syria’s government can be seen in the Sept. 17 bombing, which killed 62 Syrian Army soldiers and aided the position of the Islamic State group. The attack sabotaged a U.S.-Russian brokered ceasefire and led Russia to call for an emergency U.N. Security Council meeting.

At the same time, there has been a heavy barrage of U.S. war propaganda. “White Helmets,” a new film, is part of the sophisticated disinformation campaign.

War propaganda is always more insidious on the home front, but it is an essential ingredient of imperialist wars. Charging the enemy with genocide, baby killing, mass rapes, mass graves and weapons of mass destruction have all been debunked after a U.S. war. But they saturate the media before a war and seem indisputable.

Samantha Powers, U.S. ambassador to the U.N., has denounced both Russia and Syria. She labels U.S. wars “humanitarian interventions,” and has used unsubstantiated war propaganda to justify wars in West Asia, North Africa and the Balkans that have decimated countries, killed hundreds of thousands of people and displaced millions.

The film praising White Helmets, a U.S.-British-funded group embedded with U.S.-funded reactionary opposition forces, is trending on Netflix. The documentary’s well-publicized launch is calculated to help it win awards and convey the call for deeper U.S. military involvement in Syria. It premiered the Sept. 17-18 weekend at the Toronto International Film Festival.

The White Helmets defines itself as unpaid, unarmed first responders in Syria, claims 3,000 members and alleges it is a Syrian Civil Defense group. It claims to have saved 40,000, even 60,000 lives in Syria, by rescuing survivors from bombsites.

Most claims about the White Helmets are unverified self-promotion on social media. Interviews with and media coverage of the grouping show desperate appeals for an increase in U.S./NATO military action in Syria — not peace and reconciliation. New York Times columnist Nicholas Kristof and other journalists have quoted its calls for a no-fly zone as a “humanitarian” option.

The much-hyped White Helmets is not a Syrian organization, nor was it created by Syrians, nor is it educational. It is a U.S.-British creation. Former British Army officer James Le Mesurier, self-described as a British “security” specialist, founded it. He previously worked for Blackwater, the mercenary organization universally condemned for its murderous brutality in Iraq.

Additionally, the White Helmets receives millions of dollars from billionaire financier George Soros, the Netherlands and the British Foreign Office. Equipment and vehicles come through Turkey.

The White Helmets has never functioned as a neutral force. While attacking the Syrian government and calling for more U.S., British and NATO bombing, the group functions exclusively in Syrian areas held by the Nusra Front, a terrorist organization linked to al-Qaida. This well-funded group operates on the ground with U.S.-, British-, Israeli- and Saudi-funded militias committed to destroying Syria’s government.

While claiming to be “unarmed,” the White Helmets appears in videos with weapons, surrounded by armed militias.

The U.S. brought White Helmets’ leader Raed Saleh to the U.N. Security Council in 2014 to testify against the Syrian government and to lobby for a U.N. resolution approving a U.S.-enforced no-fly zone — meaning direct U.S. intervention. Saleh promotes bombing to “save” the people of Syria and is hardly “neutral.”

Washington later barred Saleh from the U.S. when he tried to attend a gala dinner honoring White Helmets with a keynote speech from USAID. The State Department deported him, citing his connections to “extremist organizations.”

The White Helmets is the latest of a series of front groups, designed to give a “humanitarian” gloss to Washington’s latest war of regime change in the Middle East.

White Helmets was established as a social media presence of the Syria Campaign, AVAAZ and Purpose — interlinked campaigns that push for U.S. destruction of Syria. They quote each others’ material and create the illusion of a democratic, independent opposition in Syria.

These forces are also pushing for a Nobel Peace Prize nomination for White Helmets to further legitimatize their calls for an expanded war. They also campaigned for Washington to bomb Libya under the guise of a “humanitarian” no-fly zone.

Resources that tell the truth

While the corporate media and TV entertainment channels seem to be taken in by this slick film, it takes little effort to expose who White Helmets is and reveal its role in the ugly U.S.-funded war in Syria. Information is available online in various formats. But this has not stopped the constant, orchestrated promotion of White Helmet.

“The White Helmets — al Qaeda with a Facelift” is a 4-minute video on Youtube which reveals the truth about the grouping. (tinyurl.com/zojokn3) The Syria Solidarity Movement, including Eva Bartlett, Vanessa Beeley, Ken Stone and Hands Off Syria, which made the video, has extensively researched White Helmets’ funding and role.

Change.org’s petition opposes the Nobel Peace Prize nomination, concluding that the White Helmets is “terrorism and neocolonialism under the umbrella of Humanitarianism.” (tinyurl.com/z52cttu)