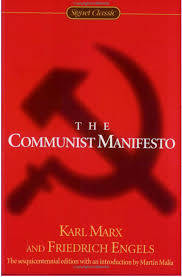 The Detroit storefront office of Workers World Party, in Midtown near Wayne State University, is an anchor to the struggle against capitalism. A lot happens here, from classes, forums and shared meals on Saturday nights to the weekly meetings of the Moratorium Now! Coalition to Stop Foreclosures, Evictions and Utility Shutoffs on Mondays. On another day volunteers might be stapling signs on sticks for a Black Lives Matter action, putting materials together for a booth at LGBTQ Pride, or silk-screening T-shirts demanding the freedom of political prisoner the Rev. Edward Pinkney.

Now, 5920 Second Ave. will be serving the people’s movement in another way. Workers hungry for knowledge — an essential weapon in the class struggle — have a new resource.

The Addington-Dostal-Kiya Memorial Library houses the beloved book collections of four Workers World Party comrades who are, sadly, no longer with us. Wendell Addington died in 1998, Ted Dostal in 2003, and Tashi Kiya and Frances Dostal both died in 2013. But with the library now open, Addington and Kiya of the Detroit branch and the Dostals of the Cleveland branch are still educating the next generation of revolutionaries.

These comrades gave us a rich cross section of movement literature, with a large number of titles covering African-American, labor and left history in this country; liberation movements in Asia, Latin America and Africa; the Soviet Union; and the classic works of Marxism. Many of these books and pamphlets have been out of print for decades. To touch them is to touch a piece of history.

So remember, next time you are in Detroit: The library is open!