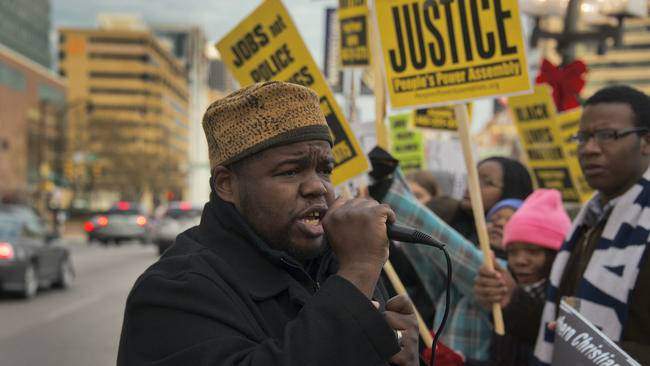 Now 35 years old, “C.D.” has been a social activist since attending Arbutus Middle School and Catonsville High School, when as a youth he advocated having a Black Studies program and Black History as part of the high school curriculum. He and his spouse, Sherelle Witherspoon, have been at the forefront of every protest in Baltimore, including those about Trayvon Martin, and the police killings of Anthony Anderson Sr. and Freddy Gray.

If there is no bullhorn around, don’t worry. C.D. will break the sound barrier with his booming voice and the eloquence of his message.

C.D. is active in the struggle for a $15-an-hour minimum wage and sees that struggle as being together with the Black Lives Matter movement. In a statement on social media on the essence of his campaign, C.D. wrote: “Together we have fought for the $15 living wage, community benefits for Port Covington, in which the city is practicing ‘gentrification’ for the big real estate developers at taxpayers’ expense, against the horrendous water [rate] increase for city residents, against the cancellation of the Red Line.” The light rail line would ease transportation for working people.

C.D. added: “Police brutality is essentially a symptom of a much larger issue that all of us are familiar with. People of color experience the crisis, but it is also poor people, the people in the low economic echelons. We are cognizant that the same people killed by the police are having recreation centers shut down in their neighborhoods, are having schools shut down in their neighborhoods, are having elected officials who are not responsive to their issues.”

Along with the socialist candidate for the Baltimore City Council president, Sharon Black, C.D. Witherspoon’s campaign for president of the Baltimore NAACP will advance the struggle of those in Baltimore who fight for the people.