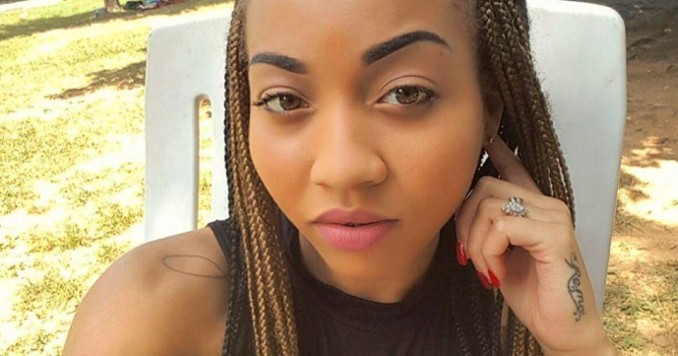 Korryn Gaines, a 23-year-old African-American woman, was shot to death on Aug. 1 by police in Randallstown, Md., in the predominantly African-American Carriage Hill housing complex in a suburb outside Baltimore. She was holding her five-year-old son Kodi, who then had to have bullet fragments removed from his face and undergo surgery on his arm.

Baltimore County Police, without obtaining a search warrant, broke into her home after a long standoff. The BCP were after Gaines to serve her a warrant for a misdemeanor charge relating to a traffic violation.

It is illegal for a heavily armed SWAT team to break into a home and use deadly force to deliver a misdemeanor warrant. The NAACP, the American Civil Liberties Union, the National Organization for Women and the National LGBTQ Task Force denounced the killing and called upon the Department of Justice to investigate her death and the police shooting of her son.

Korryn Gaines was armed with a shotgun to protect herself from continued harassment by the police and her justified fear that the police would “shoot first and ask questions later” — which is exactly what happened.

Despite the fact that Rhonda Dormus, Gaines’ mother and a registered nurse, was at the scene and could have de-escalated the situation, the BCP refused to let her communicate with her daughter. The police, who had been issued body cameras months earlier, claimed they were not used due to “lack of training.” However, eyewitnesses said the police massed outside her apartment were clearly wearing body cameras.

Gaines had been livestreaming their illegal entry on both her Facebook and her Instagram account, but the BCP told Facebook to deactivate the media “until further investigation of the recordings.” Facebook did so, generating criticism and suspicion from the public about the social media’s complicity with the police request.

According to an Aug. 3 article on The FreeThoughtProject.com, Gaines was able to transmit some of the recordings on Instagram in the final moments before her death, letting the public know that she was not holding her son hostage but protecting him.

“Facebook has thus far refused to comment on their shutdown of Gaines’ social media accounts — but the fact that an individual can lose the ability to transmit an accurate record of what is transpiring in the world so easily during a rapidly escalating situation is dangerous for transparency and accountability. It inevitably leads to situations whereby the public is forced to rely on those that have killed someone to give a proper accounting of the events leading up to their death — an almost certain exercise in futility,” FTP concluded.

The FBI and local law enforcement, in standoffs involving armed far-right and white supremacists, usually end those situations “peacefully.” But when Philando Castile in St. Paul, Minn., complied with police instructions and provided his license, while notifying them that he had a concealed weapons permit, this African American was immediately shot to death.

Wesley Lowery wrote about the Gaines shooting in the Aug. 2 Washington Post, which is generally a conservative mouthpiece for the ruling class. The article included a quote from Kimberly Crenshaw, a leading Black academic and critic of police terror: “Although Black women are routinely killed, raped and beaten by the police, their experiences are rarely foregrounded in popular understandings of police brutality.” Crenshaw is director of Columbia Law School’s Center for Intersectionality and Social Policy Studies.

On Aug. 28, Workers World Party, Peoples Power Assembly, Black Lives Matter Movement, Southern Christian Leadership Conference and Baltimore Bloc were out in full force in both downtown Baltimore and in Baltimore County to march, rally and denounce the murder of Korryn Gaines. People caravanned from downtown to the Baltimore County Police Station and demonstrated. Passing cars constantly honked their horns and gave clenched fists in support of the protest.