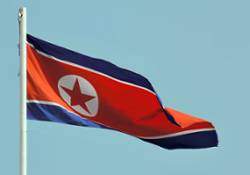 The people of the United States are growing weary of paying for this country’s multitude of foreign wars with their blood, toil and trillions of tax dollars. In addition to the expected progressive opposition to imperialist war, there is now a new phenomenon: A growing war-weariness can be detected even among the flag-wavers on the far right who have flocked to Donald Trump.

This seems to have little effect on the Pentagon, however. They roll out the plans for new weapons, new war “games,” new bases around the world as though money were no object, nor is the abject state of those veterans who suffer a myriad of physical and psychological problems.

Right now, the Pentagon is engaged in yet another of its many saber-rattling exercises against the Democratic People’s Republic of Korea. This one, euphemistically named “Ulchi Freedom Guardian,” involves 25,000 U.S. military personnel, based not only in south Korea but also on the U.S. mainland, Hawaii and Japan. They are coordinating operations with some 50,000 south Korean troops.

It’s a modern-day version of how colonial rulers used to lead into battle the foot soldiers of countries they had conquered. The oppressors gave the orders; the subject peoples had to provide the bulk of the cannon fodder. Except today, with electronically organized warfare, those giving the orders can be sitting comfortably on the other side of the globe.

There are two Korean states: the Democratic People’s Republic of Korea (north) and the Republic of Korea (south). The north is committed to building socialism, while the south became part of the low-wage labor supply made available to U.S. capitalism’s transnational corporations.

Yet there is really only one Korean people, who share a common ancestry, language and peninsula. The majority of Koreans, north and south, want reunification. It is the U.S. corporate-driven military occupation of south Korea that prevents this rupture from healing. And it is this occupation that is responsible for the great tensions existing between the north and south.

Ever since the beginning of the 1950-1953 war in which the U.S. failed to conquer the north, despite an invasion and bombing campaign that killed millions, Washington has constantly threatened the DPRK with nuclear weapons. Over the past few years, the north has been able to counter these threats by building its own nuclear bombs and a missile system that now includes the ability to launch the bombs from submarines.

It should be obvious that U.S. wars of aggression in this period, which have ended in the total destruction of sovereign governments — Iraq, Yugoslavia and Libya, for example — have increased the determination of the leaders in the DPRK to bolster their defenses, whatever the cost.

Ever since the Korean War ended in a stalemate 63 years ago, the DPRK has called for a peace treaty and an end to the U.S. occupation of the south, so the Korean people can work out the steps toward reunification of their country. The U.S. answer has been the growing militarization of the area and a demonization of the north that is on a par with the worst propaganda invented by the Nazis to demean those whom German imperialism set out to conquer.

The U.S. war “games” are rightly seen by the DPRK as practice for an invasion of their country. Were that to happen, the consequences would be incalculable. An end to this critical situation must be pursued by the progressive and anti-war movements: U.S. out of Korea! End the threats and state of war! Sign a peace treaty now!