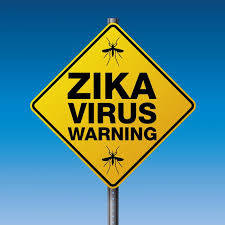 Transmission of Zika is escalating in Florida. As of Aug. 24, the number of locally contracted Zika cases jumped to 43 in Miami, Miami Beach and Tampa.  Some 11,351 cases of Zika are now confirmed in the U.S. and Puerto Rico.

President Barack Obama requested $1.9 billion to control Zika in February.  But Congress, now on summer recess, has still not allocated any federal funds or developed a centralized plan to stop the outbreak. Funding should have been apportioned last spring when it was clear that the virus was heading toward the Gulf states.

It is difficult to control Zika’s spread once transmission begins.  Aedes aegypti mosquitoes, which carry Zika,  dengue and chikungunya viruses, live around and feed exclusively on humans.  The rapidly reproducing mosquitoes thrive all year in the southern coastal states. Once infected after biting a Zika-infected person, they quickly spread the disease. Because only 20 percent of infected individuals show symptoms, many of them unknowingly spread Zika when they travel.

Now Zika funding comes from some local governments and federal money diverted mostly from Ebola allocations.  On Aug. 11, the U.S. Department of Health and Human Services announced it apportioned $81 million to develop a Zika vaccine. But This money is being diverted from research projects for other diseases.

Some governors have spent state funds for mosquito control, but are asking Congress for sorely needed funds.

President Obama again appealed to Congress to allot funds to fight Zika on Aug. 27: “A fraction of the funding won’t get the job done. You can’t solve a fraction of a disease.” (whitehouse.gov)

Squabbling over Zika funding in Congress is absurd.  The money is there.  Funds could be taken from the bloated Pentagon budget of more than $600 billion a year for weapons and war.  Or from the  $1 trillion allocated for a 30-year “nuclear modernization” program.

In Brazil, Zika has been linked to over 1,800 cases of microcephaly, a type of fetal brain damage. In the U.S., nearly 1,000 pregnant women have Zika; seven infected women have lost pregnancies. Sixteen babies have been born with Zika-related birth defects.

Zika can be spread through sexual activity. The Centers for Disease Control and Prevention (CDC) advises the vigilant use of condoms with pregnant partners. Recent studies report the virus can live for up to six months in semen and can also infect a fetus without infecting the pregnant woman.

The CDC reports that caring for a child with microcephaly could cost $10 million over a lifetime.  These children may never walk, talk or feed themselves; and their life expectancy is reduced.

In nine Latin American countries, requests for abortions have increased significantly since Zika warnings were issued last November, and even doubled in Brazil.  Access to abortion is restricted in all these countries. (Live Science, June 22)

Fetal brain damage often shows up later in pregnancy, yet 43 U.S. states ban late abortions, some as early as 20 weeks post-fertilization. (Guttmacher Institute) In Many Gulf states where Zika will hit the hardest have the strictest restrictions on abortions and often the least access to contraception. Florida bans abortions after 24 weeks of pregnancy. Texas’ draconian regulations have severely reduced the number of clinics providing abortions.

How Cuba prevents a Zika outbreak

Cuba began fighting Zika before it arrived. The country’s socialist health care and community surveillance program was created in 1981 when dengue fever broke out in the region. Cuba eradicated Aedes aegypti then.

When another outbreak threatens, “it’s no problem for us to reinforce our system,” says Ileana Morales, director of science and technology at Cuba’s public health ministry. (Nature, Aug. 17)

Cuba employs a national reporting system and educational campaign to eliminate standing water everywhere mosquitoes breed. They The country has a self-monitoring system of mosquito bites for all residents.

Cuba’s socialized medical system provides frequent prenatal exams. This is These provide an automatic detection system for microcephaly and other Zika-related birth defects.

The island’s researchers are working on a Zika vaccine, reported Maria Guzmán, head of virology at Havana’s Pedro Kourí Tropical Medicine Institute. She said international cooperation is important in helping Cuba and other countries address Zika: “It’s a problem of everybody. It’s a new challenge for the world.” (Nature)

Workers World said wrote on May 26, “As Congress’s reaction to the threatened Zika epidemic shows, the capitalist health care model kills.” With a socialist system that puts people’s needs first, “Cuba provides a stellar example of how the Zika crisis can be handled with a slew of preventive public health measures.”