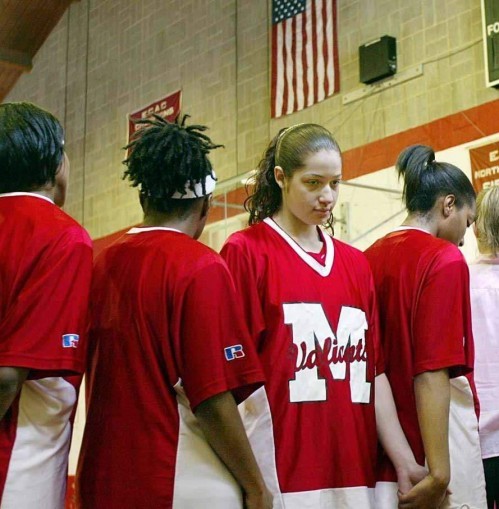 Toni Smith-Thompson is a former member of the Manhattanville College women’s basketball team who protested the start of the U.S. invasion of Iraq in 2003 by turning her back on the U.S. flag during the playing of the National Anthem on court.  In a written statement, she explained her actions saying: “For some time now, the inequalities that are embedded into the American system have bothered me. As they are becoming progressively worse and it is clear that the government’s priorities are not on bettering the quality of life for all of its people, but rather on expanding its own power, I cannot, in good conscience, salute the flag.”  (WW, March 6, 2003)

Below is an edited version of a letter she tweeted on Aug. 30 in solidarity with San Francisco 49ers’ quarterback Colin Kaepernick, who sat during the playing of the National Anthem on Aug. 25 in protest of police brutality.  You can tweet her at @mstonij for the original version. 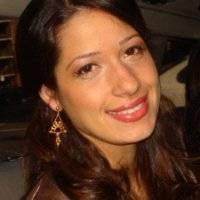 Hey Colin, it’s Toni. Forgive my informality; it’s just that in the past three days you’ve become something of a mirror-image for me. Don’t worry, I don’t expect the feeling to be mutual. You may have heard by now that I also refused to salute the American flag during the playing of the national anthem. It was a different time and a different venue, but for similar reasons. This country has yet to fulfill on the promise of freedom and justice for all. In fact, that promise, for you, me, our brothers and sisters and ancestors, was not in the original plan of this country. This promise was granted to us as an afterthought, like the last kid to be picked during a pickup game or in gym class. Once that became clear to me  —  that Black and Brown people are still last to be picked or never picked at all to play for the American Dream, the pain of blind patriotism became greater than the consequences of stepping onto that ledge called protest.

I am writing to let you know, I stand with you.

You’ve got a ton on your plate right now and it’s likely to be like this for a while. I won’t pretend your story is the same as mine but perhaps this will provide even the smallest comfort or inspiration as you stand on that ledge.

Perhaps being a professional athlete already in the public eye has softened your plunge into the media firestorm. That was not so for me. There was no preparation, no time to build a thick skin or refine my talking points. Worse, what I didn’t know when I faced away from the flag that first pre-season game in 2003 was that each game, each protest, would be harder than the last.

Your stance instantly brought me back to that year. I am 21 again. Most of my team and I are not on speaking terms. I’ve received death wishes and death threats and, although there are cameras all over the gym, reporters calling my dorm, mail by the bushel, and people I consider friends, I am alone. I am careful with my words. I am scanning people’s judgments as I move about campus. I immunize myself to the unrelenting vitriol, which leaves little room to embrace the outpouring of support. I am a hardened shell, unrecognizable to myself as the funny, social, student I had been mere weeks before.

With millions of eyes watching you and more and more at stake with each praise, each critique, it can truly feel like the weight of the world. I see no signs of you changing your mind anytime soon about your decision to sit out the national anthem. There was never a doubt for me either that my stance must continue. In fact, each criticism confirmed that. Still, there were days when I wanted it to be over. I didn’t want to be told to die in a foreign land. I didn’t want to be called slurs. I didn’t want to be threatened. I didn’t want to feel like an outcast. I just wanted to play basketball. I just wanted the crowd’s roar over a blocked shot. I wanted the hugs and high-fives of the teammates I once called family. I wanted to hang out at a bar without seeing my face on ESPN. I wanted that pit in my stomach to finally dissipate. You, too, may have those days.

Just as the world was watching and waiting, each game cheering for me to rise still or buckle under the pressure, the world is watching you. But, the world is not watching the whole you. It may be your whole spirit sitting while your team stands, but that’s not what the critics see. They see a single act, which they are determined to defeat even if it means destroying your spirit in the process. I am not concerned about whether or not you will continue your protest. You’ve given your word on the matter and I believe that. It’s your spirit that concerns me, which I am speaking to now. While your protest is you, you are not your protest. You can define your protest, but don’t let it define you. You are still who you were on Friday and the world needs you to still be that, for that is the person it took to do what you’ve done, what you are still doing. The haters will attack your character, your motives, your values. They will tell tales about your life, so much so that you may start to think Google knows more about you than you do. They do this out of fear. They fear that if they ingest your message, they’ll have to wake up from the dream of equality and be moved to take action, as you have.

As you become more and more infamous for your courageous protest, remember that you are still multidimensional, you will still make mistakes, and sometimes your spirit will need healing. As much as possible, reach out to family and friends. They may want to support you but don’t know how. Continue to laugh, continue to cry. Continue to use your platform to bring us all closer to freedom and justice, but don’t feel it is your job to do it alone. Your protest is not expected to fix our country’s injustices overnight. But it is an important milestone along the way.

I’d like to think I knew back then that my protest would someday matter again. I hoped, without promise, that one day again the fight for justice would find its way back onto a court … or field. After all, why shouldn’t it? Oppression doesn’t happen out there somewhere, separate from our lives. It happens here and now, while we walk, work, learn, love, drive, live, and play. So then, protest must happen everywhere, too.

Fight on, my brother. But don’t lose yourself. For when this chapter is over, we’ll need the whole Colin Kaepernick  —  not his hardened shell  —  to march on toward justice. And I’ll be marching with you.