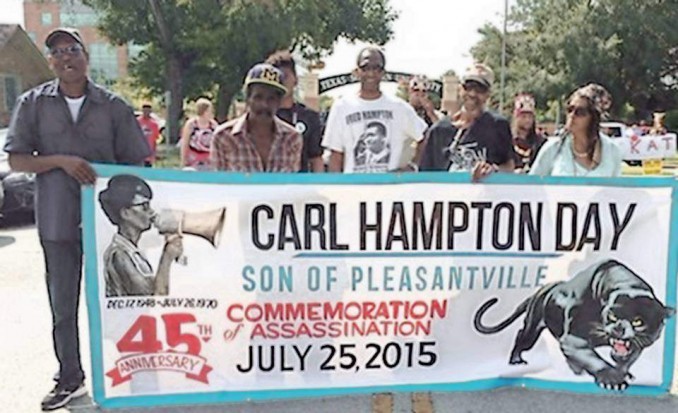 Texas Death Penalty Abolition Movement activists participated in the Juneteenth parade and festival on June 18 in Houston’s historic Third Ward at Emancipation Park, which was bought and established by freed slaves in 1872. The Abolition Movement makes the connection between slavery and what exists on Texas prison farms today.

“We recognize the continuum from lynchings after the Civil War to the legal lynchings that occur now in Huntsville, Texas, where 537 people have been executed by the state of Texas since 1982,” said Joanne Gavin, a founder of the Abolition Movement in the mid-1990s and a veteran of Mississippi’s Civil Rights Movement.

Joining the Abolition Movement at the parade were veterans of Houston’s Black Panther Party, whose leader, Carl Hampton, was murdered by Houston police a few blocks from Emancipation Park. Houston cops were judge, jury and executioners of Hampton, a brilliant revolutionary and charismatic leader until his death in 1970. Also in the contingent was the Committee to Free Juan Balderas, who has been on Texas death row since 2015.