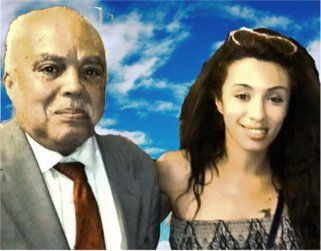 Ramón J. Jiménez never stopped fighting, even after being diagnosed with stage 4 prostate cancer. The Puerto Rican lawyer, Bronx activist and champion of poor people everywhere died May 10 at age 67. He is survived by his daughter Laila ­Roman-Jiménez.

He was best known for saving Eugenio María de Hostos Community College in the South Bronx. Mayor Abe Beame wanted to close New York City’s only bilingual college in 1976 while shoveling millions of dollars to Yankee Stadium. At the same time, the Schomburg Center for Research in Black Culture was threatened with destruction by the New York Public Library.

Jiménez led a 20-day takeover of Hostos that culminated with 40 people arrested, including Jiménez. But Beame backed down and Hostos was saved.

Jiménez grew up on 97th Street in East Elmhurst, Queens, across the street from Malcolm X. His mom worked in sweatshops until her sixties, operating a sewing machine. An early experience was being bused to a school in Astoria where cops allowed racists to assault the arriving Black and Latino/a students.

Operating out of his 149th Street law office near Hostos, Jiménez fought slumlords and helped injured workers to win compensation.

In 2010, he ran as the Freedom Party candidate for New York state attorney general, along with gubernatorial candidate Charles Barron and Eva Doyle for lieutenant governor.

The Freedom Party was a heroic attempt to break the stranglehold of the corrupt Democratic Party machine in the Latino/a and Black communities. In 2014, after being told he had cancer, Jiménez ran for attorney general on the Green Party ticket.

Hundreds of people attended the May 14 wake for Ramón Jiménez. Many were from the South Bronx Community Congress, which Jiménez helped found.

Among the speakers were City Councilperson Inez Barron and State Assemblyperson Charles Barron. Gravediggers came from Woodlawn Cemetery — the “Band of Brothers” — whom Jiménez helped get a union.