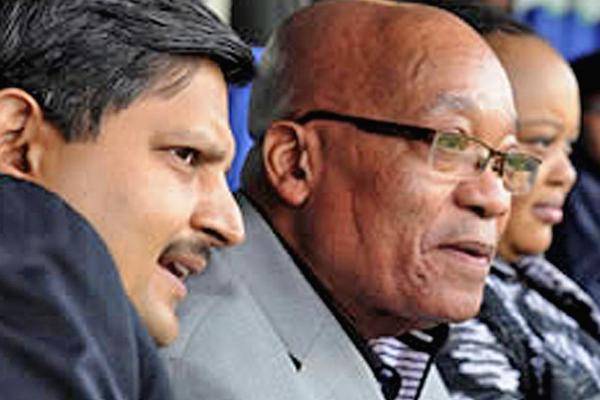 Two opposition parties in South Africa — the Democratic Alliance and the Economic Freedom Fighters — are seeking ways to not only gain votes in the upcoming local elections but also discredit and bring down the African National Congress government.

An impeachment vote against President Jacob Zuma on April 5 failed in the Parliament, where the ANC controls 62 percent of the seats. The Constitutional Court ruled unanimously on March 31 that Zuma should pay back some state funds used for upgrades to his Nkandla residence. The ANC government accepted the high court’s decision and agreed to comply with its orders.

However, in a separate decision, a South African court ruled “that the decision by prosecutors to drop a corruption case against President Jacob Zuma seven years ago was irrational and should be set aside, opening the way for the 783 charges against him to be reinstated.” (Bloomberg, April 29)

This latest decision has encouraged the opposition to renew calls for Zuma’s resignation. The president says he has no intention of resigning, and it appears that the majority in ANC leadership structures are supporting him.

Local government elections scheduled for August will be a political test for both the ruling ANC and the opposition in Parliament.

Malema and other former ANCYL leaders were expelled from the ANC in 2012 after being accused of indiscipline and corruption. Malema and his comrades formed the EFF and ran candidates in the 2014 elections.

The EFF has called for the nationalization of South African agricultural land and mines. It has demanded that Zuma resign. EFF members of Parliament voted in a bloc with the DA in the failed impeachment resolution. On several occasions EFF MPs have been forcefully removed from Parliament due to disruptive tactics.

In an April 24 interview with Al Jazeera, Malema told the Qatar-based satellite network that the EFF would “run out of patience very soon and we will remove this government through the barrel of a gun.” Malema went on to say, “We will fight. We have the capability to mobilize our people and fight physically.”

ANC spokesperson Zizi Kodwa replied: “These remarks are a call to violence, are inflammatory, treasonable and seditious and should be treated with extreme seriousness. They also are in clear violation of the Electoral Code and the Charter on Elections Ethics signed by a number of political parties — including the EFF, last week.” (iol.co.za, April 25)

Kodwa told the Citizen newspaper, “We have opened a case of high treason against Julius Malema in his personal capacity as well as the EFF, following his reckless comments about being prepared to remove a democratically elected government using undemocratic means and force. We are doing this on behalf of all South Africans to defend and protect our hard-won freedom and democracy.” (April 26)

In the Citizen article, Congress of South African Trade Unions President Sdumo Dlamini, a close ally of the ANC, described Malema’s latest remarks as reckless. COSATU spokesperson Sizwe Pamla emphasized: “In any other situation, it would be easy to say that Malema’s statements can be ignored, but given the various coalitions making calls to topple the ANC government, this is something that must be taken very seriously by law enforcement.”

The government has accused the U.S. State Department of being behind a regime-change agenda in the country. ANC Secretary General Gwede Mantashe said earlier in the year that the U.S. Embassy was recruiting and coordinating opposition forces bent on overthrowing the government.

These events are taking place amid an ongoing global capitalist economic crisis that has driven down the prices of export commodities and prompted a large drop in the value of the national currency.

The views of the two main allies of the ANC government, COSATU and the South African Communist Party, will be critical leading up to August when local elections are held. Both COSATU and the SACP have come out in support of the ANC for local offices.