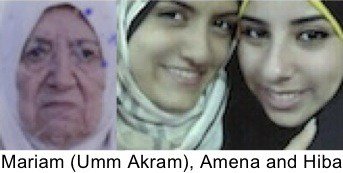 Two Palestinians, 86-year-old Mariam Fathalla and 23-year-old Amena El-Ashkar, speaking at an event at New York University’s School of Law on May 2, described what the establishment of the apartheid state of Israel has meant for Palestinians over the last 68 years. A third guest speaker, Umm Akram, was unable to attend due to imposed travel restrictions.

Palestinians call the 1948 establishment of Israel “the Nakba” — the Catastrophe! It marked the beginning of a nightmare that continues to this day.

Fathalla recalled what happened to her family in their Palestinian town of Al-Zeeb. On May 14, 1948, when she was 18 years old, they were forced out of their home and into the neighboring country of Lebanon. By the end of that year, their 4,000-year-old village had been leveled to the ground and half the people killed or expelled. Her father, who witnessed the murders, died at the scene of a heart attack. Some survivors later went insane.

Fathalla and other survivors of Al-Zeeb have spent their lives since then in Lebanese refugee camps.

Palestinians have suffered mass expulsions from their homeland, repeated bombings, massacres, discrimination, home demolitions, land confiscation, imprisonments and daily harassment and violence at the hands of the U.S.-supported government of Israel. Israel continues to raze Palestinian villages and forcefully remove the residents from their ancestral lands.

Fathalla said she has a moral obligation to speak out, so that Palestinian history will not be forgotten or erased. She ended her story with a wish to return to her native Palestine and live in peace. For decades, Palestinians have sought the right of return to their homeland. Some still possess the original keys to their homes.

The historic city of Hebron has become a ghost town, with nearly 10,000 homes demolished. Privileged Zionist settlers routinely invade and burn Palestinian homes at night, causing forced displacements. They also steal Palestinian crops, cut down their olive trees, kill their livestock and shoot holes in their water tanks. They receive immunity from the Israeli government.

Palestinian social life and visits to their friends are restricted by “military zones” that are closed to Palestinians. Palestinian mothers also lose children to killings by police and soldiers.

Amena El-Ashkar is the granddaughter and great-granddaughter of Nakba survivors. Born in a Lebanese refugee camp, she has known no other home. She is among 6 million Palestinians not allowed to live in Palestine who are citizens of no country. Presently, 150,000 refugees in exile are forced to live in Lebanese camps, she said. Palestinian refugees are also in Jordan, Syria, Gaza and the West Bank.

Visibly traumatized, El-Ashkar described what life is like in a refugee camp. Some live in shared tents with no privacy, electricity, adequate cooking facilities or toilets. Others are in dilapidated buildings on dilapidated streets. There is a high incidence of child mortality. A friend of hers recently committed suicide.

The Israeli government’s continuing recruitment of Jews to Israel and the expansion of illegal settlements in occupied Palestinian territory has added to the ongoing misery of Palestinians. Settlers repeatedly commit acts of harassment and violence upon the Palestinians and their homes. Israeli police and soldiers offer no protection from the settlers, instead arresting and jailing the victims, including children.

El-Ashkar showed videos of refugee camps in Jordan, which she said are the worst. As many as 100,000 people live in one of these camps. Israeli checkpoints are everywhere and military forces continue to kill people.

Israel’s invasion of Lebanon resulted in the deaths of women and children refugees. Undocumented Palestinians in Lebanon have no right to legal residence or to marry. Refugees are not allowed to attend public schools. If they are able to find employment, they are paid less than other workers. Registered Palestinian refugees, like herself, have ID cards but experience difficulties in leaving Lebanon due to legal and institutional barriers imposed by the Lebanese government. Palestinian refugees are stateless and fall under a “special category” of foreigners. In refugee camps, reconstruction materials and supplies have been restricted for the past 68 years.

El-Ashkar added that “the world has forgotten our oppression. We need the international community to care about Israel’s ethnic cleansing and genocidal agenda. Palestinians living in the diaspora, along with their allies, must unite and give support. Resistance by any means is necessary. Palestinians see the only solution as being the right of return.”

May 15 will mark the 68th anniversary of the mass expulsion of the Palestinian people from their homeland. They and their supporters will march to demand the right of return and celebrate resistance to colonialism. End the occupation!