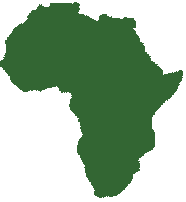 No substantial discussion has taken place during the current capitalist elections relating to Washington’s foreign policy toward Africa.

Although people of African descent constitute the largest voting bloc among national minorities in the United States, issues related to them in both domestic and foreign policy are given almost no consideration.

While the draconian legislation that accelerated the incarceration rates of African Americans under former President Bill Clinton gets mentioned, that constitutes only a fraction of the broader political framework of national oppression.

Not only is it outrageous that the Clinton administration endorsed new laws intensifying disparate treatment in the criminal justice system along racial lines, but both Bill and Hillary Clinton have been involved in foreign policy operations on behalf of the U.S. government and private capital, such as in Haiti and Libya, that proved disastrous for the people there.

Former Secretary of State Hillary Clinton was the public face of the Pentagon- and NATO-led bombing campaign against Libya during 2011 that resulted in tens of thousands of deaths, the dislocation of millions and the impoverishment of this North African state, once the most prosperous on the continent.

Today Libya is in ruins while the United Nations attempts to prop up a “government of national accord” that has no legitimacy, even among the two rival factions installed by imperialism after its war of regime change brutally assassinated former leader Col. Moammar Gadhafi. Oil revenues, which under Gadhafi provided Libya with resources to develop this former Italian colony, are now fought over for control of the country.

The situation in Libya is a product of both Washington and Wall Street in their ongoing drive to dominate Africa and its resources. All-out attacks against various independent and anti-imperialist governments and movements throughout Africa and the Middle East are part and parcel of Western efforts to extend their economic and political stranglehold over former subject nations and emerging states.

Over the last decade militarism has increased in Africa with interventions in Somalia, Libya and other states involving the U.S. Africa Command (AFRICOM), established under the George W. Bush administration and enhanced by President Barack Obama. AFRICOM’s role has fostered greater instability and dislocation within African Union member states.

An official of Mali’s armed forces, who was trained at military schools in the U.S., carried out a coup in 2012. Somalia, Djibouti and Ethiopia serve as staging grounds for imperialist military operations on the continent and in the Middle East. Djibouti houses the largest known Pentagon base at Camp Lemonier, where thousands of U.S. and French troops are stationed.

Drone stations and CIA field offices exist throughout East Africa. The Pentagon often carries out bombing raids against the al-Shabaab Islamist group in Somalia. Flotillas of NATO warships patrol the Gulf of Aden, one of the most lucrative trading routes in the world.

In West Africa, the Pentagon often engages in naval maneuvers with regional states under the guise of fighting terrorism and piracy. Yet the country most affected by terrorism, Nigeria, with Africa’s largest population and leading economy, has had difficulties securing modern weapons and intelligence data from the Pentagon and the CIA in its fight against Boko Haram, an armed group that has killed thousands in the northeast of the country and displaced millions.

This apparently listless attitude in the current U.S. political arena has not always been there. During the 1970s and 1980s, the Congressional Black Caucus supported national liberation movements against colonialism and apartheid.

In 1987, the first Anti-Apartheid Act was passed by the U.S. Congress over the veto of President Ronald Reagan, after being shepherded through the House by Rep. Ron Dellums from California.

But in 2015, when Republican House members questioned Hillary Clinton on the deaths of four U.S. diplomatic personnel/CIA operatives in Benghazi, the CBC did not defend the people of Libya. In fact, Rep. Elijah Cummings of Maryland, a leading Democrat, defended Clinton from criticism.

There is no political incentive for either Clinton or Vermont Sen. Bernie Sanders to address the African situation, despite the massive migration crisis from Libya into Europe.

Africans who migrate to various regions of Europe often encounter national discrimination and racial violence. Many live in segregated housing complexes and are limited to menial work without adequate resources for education and economic opportunities.

In Africa itself, working-class organizations, women’s associations and youth groups struggle about lack of jobs, nonpayment of salaries, environmental degradation and gender inequality. Zimbabwe and South Africa have been targets for regime-change strategies by the Obama administration and other imperialist governments.

The actual volume of trade between the U.S. and Africa has declined significantly during the Obama administration.

A Feb. 22 report by the International Center for Trade and Sustainable Development revealed: “Total trade between the United States and countries supported under the African Growth and Opportunity Act (AGOA) showed another decrease in 2015, according to data published by the AGOA.info website. Combined trade, which came to US$ 50b in 2015, only reached US$ 36b last year. Trade between the United States and AGOA countries has now been declining for four years in a row.”

U.S. intervention in Africa has destabilized the continent rather than created the conditions for full independence and sovereignty. They will require the re-emergence of movements for radical transformation and socialist construction.