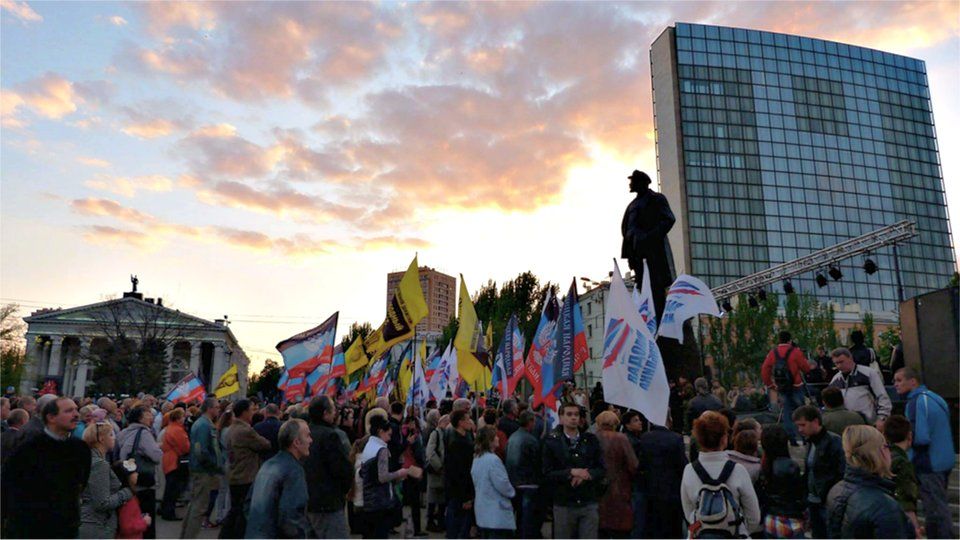 Donetsk — On the evening of May 2, thousands of residents of this capital city of the independent Donetsk People’s Republic filled Lenin Square to honor 48 anti-fascists killed in Odessa, Ukraine, on May 2, 2014.

Photos were displayed of the martyrs killed by fascist gangs at Kulikovo Field and the nearby House of Trade Unions two years ago. These atrocities happened shortly after a U.S.-backed, far-right coup took over in the Ukrainian capital of Kiev. That led parts of Ukraine to declare themselves independent.

People laid flowers at the base of the monument to V.I. Lenin, leader of the 1917 Russian Revolution which set up the first workers’ state in history. At sunset they lit candles in memory of the fallen. Afterward, a requiem concert was held, sponsored by a labor union representing the people’s militia and security forces of the Donetsk People’s Republic. Memorial events were also held in Lugansk, Moscow and many other cities throughout the former Soviet Union and other parts of Europe.